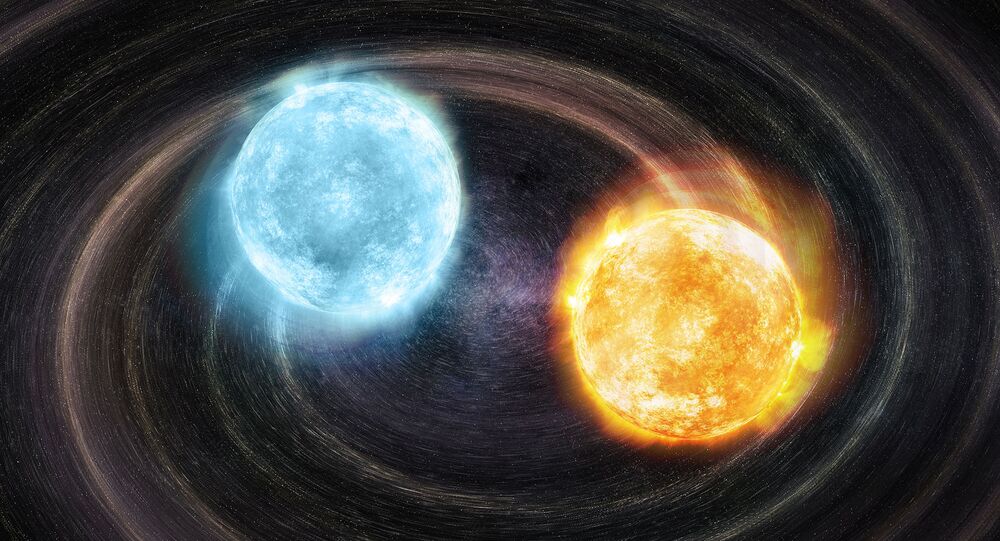 Stars with a small mass, like the Sun, become white dwarfs when they reach the end of their lifecycle. After burning off all their fuel, they leave a dense core that cools over a billion years. Scientists believe that binary white dwarfs should produce energy in the form of ripples in the fabric of spacetime, also know as gravitational waves.

Scientists at the Harvard & Smithsonian Centre for Astrophysics have for the first time discovered a binary white dwarf that is producing gravitational waves. According to a statement posted on the centre's website, the binary system, known as j2322+0509 is composed of two helium-core stars. Researchers say it was quite tricky to spot as the binary white dwarf had no light curve.

The team of scientists instead used spectroscopic studies, which analyse how matter interacts with electromagnetic radiation. "This binary was difficult to detect because it is oriented face-on to us, like a bull's eye, rather than edge-on", said Warren Brown, lead author of the study.

Scientists say that binary systems that are hard to detect may be the strongest sources of gravitational waves.

This binary system has a short orbital period of just over 20 minutes, which in six-seven million years will make the white dwarfs merge into one a massive star.

The researchers say that their discovery will be used as an "anchor" to detect and study other binary white dwarfs with helium core stars. It will also be used to test the space-based gravitational wave detector LISA (Laser Interferometer Space Antenna) that NASA and ESA plan to launch in 2034. "The discovery of the first prototype of a new class of verification for binary puts us well ahead of where anyone could have anticipated", said Mukuemin Kilic, co-author of the study.