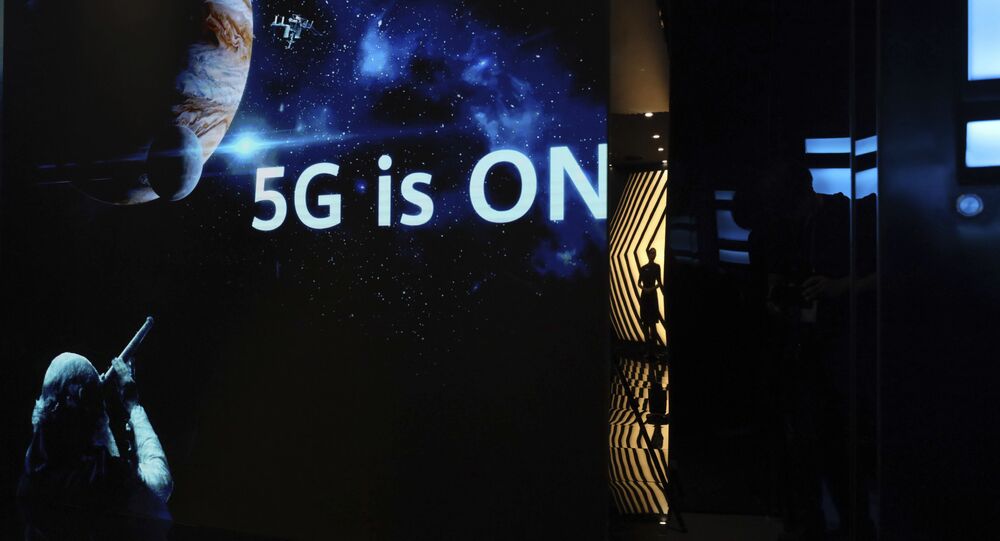 Bizarre 5G conspiracy theories have already led to a series of arsons that damaged or destroyed top telecom equipment. These theories are in line with other similar claims about alleged harm the new technology could pose to the human body.

Scientists have stood up to defend 5G technology from a new wave of conspiracy theories spreading across social media - this time claiming that the 5G telecom masts are either spreading the novel coronavirus or facilitating the pandemic by purportedly suppressing the human immune system.

A professor in cellular microbiology, Dr Simon Clarke, noted in an interview with the BBC that such claims hold no water since the effect of radio waves, and specifically of those transmitted by 5G telecom equipment, on the human body have been studied extensively.

"Radio waves can disrupt your physiology as they heat you up [...] But 5G radio waves are tiny and they are nowhere near strong enough to affect the immune system. There have been lots of studies on this", the professor said.

The notion that the telecom equipment can somehow be used to spread the virus also didn't stand up to any significant scrutiny, professor of paediatrics at the University of Bristol, Adam Finn suggested in the interview with the broadcaster. The professor noted that viruses and electromagnetic waves, produced by the telecom masts are as different in their nature as "chalk and cheese".

"The present epidemic is caused by a virus that is passed from one infected person to another. We know this is true. We even have the virus growing in our lab, obtained from a person with the illness. Viruses and electromagnetic waves that make mobile phones and internet connections work are different things", Adam Finn said.

Yet, these conspiracy theories have apparently already prompted action by UK netizens, who have found them appealing amid the raging COVID-19 pandemic, which has already infected 41,903 and killed 4,313 in the UK as of 4 April. Several telecom masts, at least some of them reportedly featuring 5G technology, were recently set ablaze in Birmingham, Merseyside, and Belfast.

In light of these actions Cabinet Office minister Michael Gove slammed the 5G coronavirus-related theories as "dangerous nonsense", while the head of the country's NHS, Stephen Powis, called it "complete and utter rubbish" and "the worst kind of fake news".

Officials, however, are not apparently going to limit themselves to simple public condemnation of the myths surrounding 5G technology, which has yet to be completely launched in the UK. According to The Guardian, citing an anonymous source, the country's culture secretary, Oliver Dowden, is planning to hold talks with key social media platforms such as Twitter, Facebook, and YouTube to discuss the possibility of removing posts spreading the conspiracy theory.