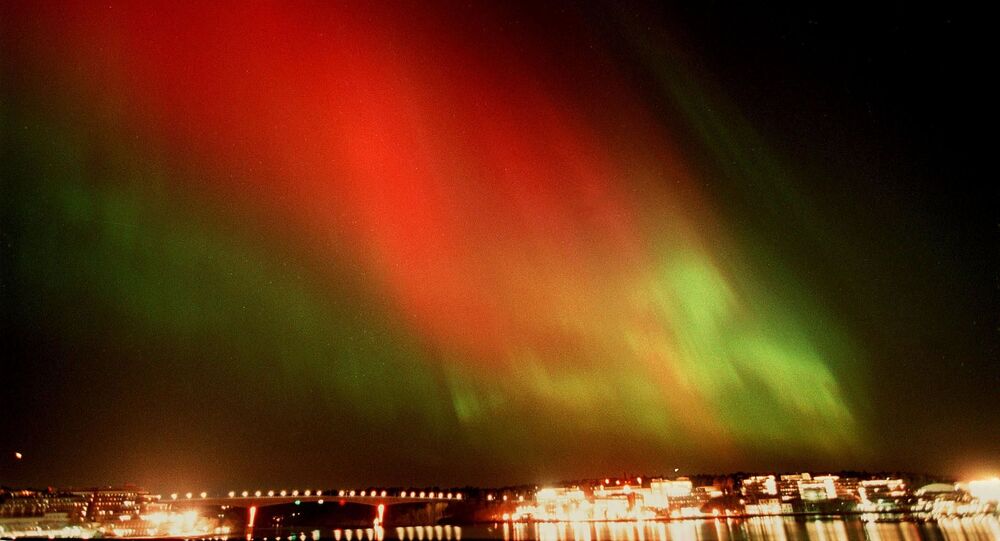 A bright scarlet fan-like shape spilled across the skies in Japan nearly a millennium and a half ago, striking fear into people’s hearts and presenting astronomers with a puzzle they were at a loss to crack.

A new study has succeeded in solving a mystery recorded in The Chronicles of Japan - the “Nihon-Shoki” - that has puzzled astronomers since the phenomenon was first observed.

According to records in the second-oldest book of classical Japanese history, on 30 December 620, a "red sign" whose shape resembled "a pheasant tail" spread across the sky, triggering fear in those who witnessed the phenomenon, since such a vision had been typically recognized as a sign of a bad omen in Japanese literature.

Ever since those distant times, the phenomenon had remained largely a mystery, with astronomers studying witness accounts written at the time and speculating how to explain the cosmic phenomenon.

Ryuho Kataoka, a researcher with the Department of Polar Science in the School of Multidisciplinary Sciences at The Graduate University for Advanced Studies and the National Institute of Polar Research in Japan, together with a team of colleagues decided to investigate what could have caused the scarlet phenomenon.

The result of their efforts, entitled “Consideration of the Shape of the Red Sign in the Nihon-Shoki”, and published on 31 March in the Sokendai Review of Culture and Social Studies, finally offered a solution to the conundrum.

"It is the oldest Japanese astronomical record of a “red sign,”” said Ryuho Kataoka.

While many modern scientists looking back at the report suggested the vision may have been caused by an aurora or a comet, none of the explanations seemed to be viable.

"It could be a red aurora produced during magnetic storms. However, convincing reasons have not been provided, although the description has been very famous among Japanese people for a long time," said Kataoka.

The researcher explained why the aurora hypothesis had been rejected initially. According to him, the fascinating light show caused by collisions of electrically charged particles released from the sun entering earth's atmosphere, and gases such as oxygen and nitrogen, do not look like pheasant tails.

Instead, they tend to be “ribbon-esque”, waving across the sky. Another suggested explanation was a comet, however, this was dismissed by the team as unlikely, since an event involving a comet would not usually be tinged red.

The team carefully studied surviving historical descriptions of the event 1,400 years ago and compared them with auroras, which are typically seen around the magnetic poles of the northern and southern hemispheres and are predominantly green.

The phenomenon has been known to appear in other hues, such as red, depending on which elements in Earth's atmosphere are being activated by charged particles released by the sun.

The team then tracked down more recent studies of auroras seen over Japan in a “fan shape with a red background”.

In the process of their research, Kataoka and his team had to adjust their view, as the magnetic latitude of Japan was 33 degrees in 620, compared to the current 25 degrees.

Accordingly, the so-called “pheasant tail” appeared to be about 10 degrees long. This, according to the study, placed it within the area that would be affected by a strong magnetic storm.

"Recent findings have shown that auroras can be “pheasant tail” shaped specifically during great magnetic storms…This means that the 620 A.D. phenomenon was likely an aurora, " said Kataoka.

Inspired by this solution of a mystery dating back to antiquity, the team acknowledged they plan to continue examining ancient literary references for modern scientific relevance.

"This is an interesting and successful example that modern science can benefit from the ancient Japanese emotion evoked when the surprising appearance of heaven reminded them of a familiar bird," said Kataoka.