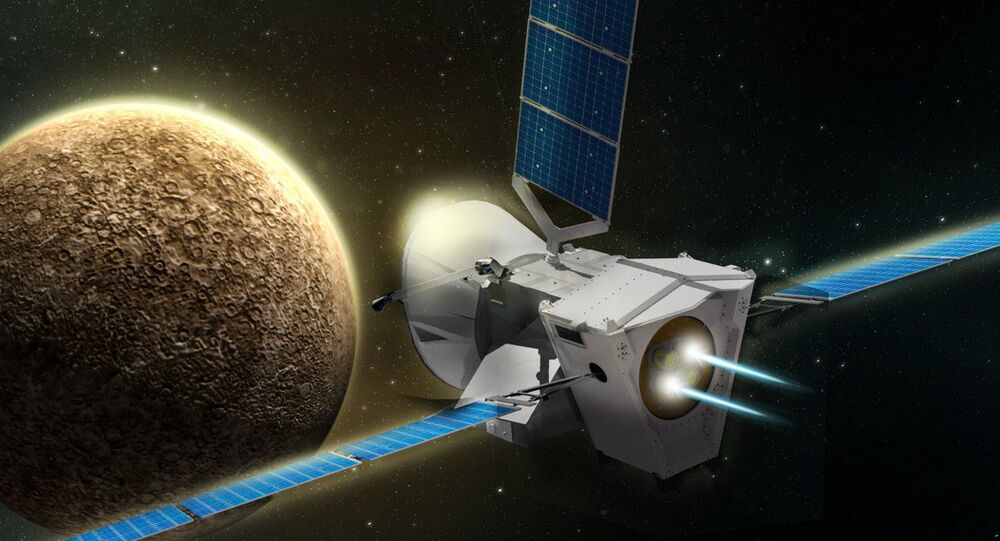 The joint project between the European Space Agency and Japanese Space Agency will pass Earth from 13,000 km away, and will be the spacecraft's final view of Earth before proceeding to Mercury for a seven-year, 8.5bn km trip.

The BepiColombo space mission will fly past Earth on 10 April as it journeys to Mercury, European aerospace giant Airbus announced on Friday.

The vehicle's last view of the Third Rock from the Sun was in October 2018 after being launched on an Ariane 5 heavy lift rocket, Airbus Space noted.

The satellite is expected to arrive around 5 December 2025 after one flyby past Earth, two with Venus and six at its final destination, Mercury, where it will record data for a year with a possible mission extension, totalling 9 flybys and 18 orbits around the Sun, it was revealed.

The mission aims to collect measurements on the "composition, geophysics, atmosphere, magnetosphere and history" of Mercury along with testing Einstein's theory of general relativity, using sixteen scientific instruments onboard.

Philippe Pham, Head of Earth Observation, Navigation and Science said in a statement: “This flyby marks a great achievement and major milestone for Airbus. Teams across five countries worked together to successfully develop and launch the spacecraft on a complex mission to Mercury.”