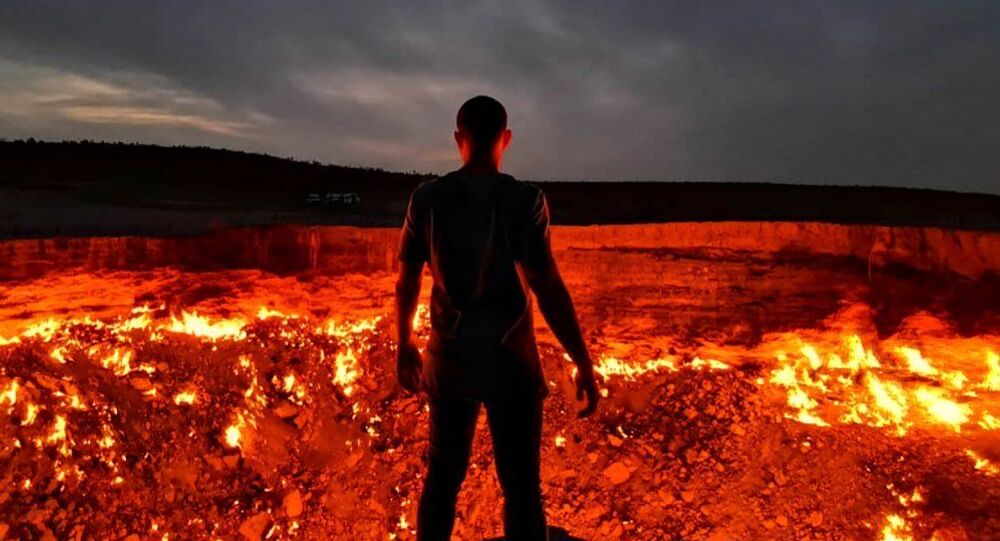 Turkmenistan has one of the most interesting tourist attractions in the world, and it was discovered by Soviet engineers by accident.

In 1971, Soviet engineers headed to the Karakum desert in Turkmenistan to look for natural resources. Little did they know that they would create an area that would become one of the most interesting tourist attractions in the world and a topic for conspiracy theories.

That same year, Soviet engineers set up a drilling rig in the hope of finding oil. However, preliminary works revealed that the site was a huge gas reserve. Soon the ground beneath the drilling rig collapsed, creating an enormous crater that is 69 metres wide and 30 metres deep. Fearing that the crater could release gases, which may poison nearby towns, they decided to set the area alight. They thought that the whole process of burning off the dangerous gases would take no more than a few weeks.

But 50 years after its discovery the Darvaza crater, which has since earned the nickname the Gates of Hell or Door to Hell, is still burning, though the flames have somewhat decreased.

In 2010, Turkmenistan’s President Gurbanguly Berdimukhamedov visited the site and ordered that the crater should be buried. However in 2013, he declared the Karakum desert with the crater a natural reserve and the site is frequently visited by locals and tourists.

In 2014, Canadian George Kourounis embarked on a daredevil journey flying over the crater and even descended to the bottom of Darvaza, where he collected soil samples.

"Surreal isn’t a strong enough word. When you go out over, looking straight down, It’s literally like another planet almost. I mean it was scary stepping over the edge, but when you’re at the bottom, it’s just so beautiful", Kourounis told National Geographic.

The Darvaza crater is not the only area on Earth to earn the scary moniker Gates of Hell. Such places have acquired a reputation of being entrances to the underworld. Ancient Greek and Roman legends tell us stories of mortals, who managed to enter the underworld through special caves and craters. In one such story Roman hero Hercules descended into the underworld to capture Cerberus, the three-headed dog, often referred to as the hound of Hades.