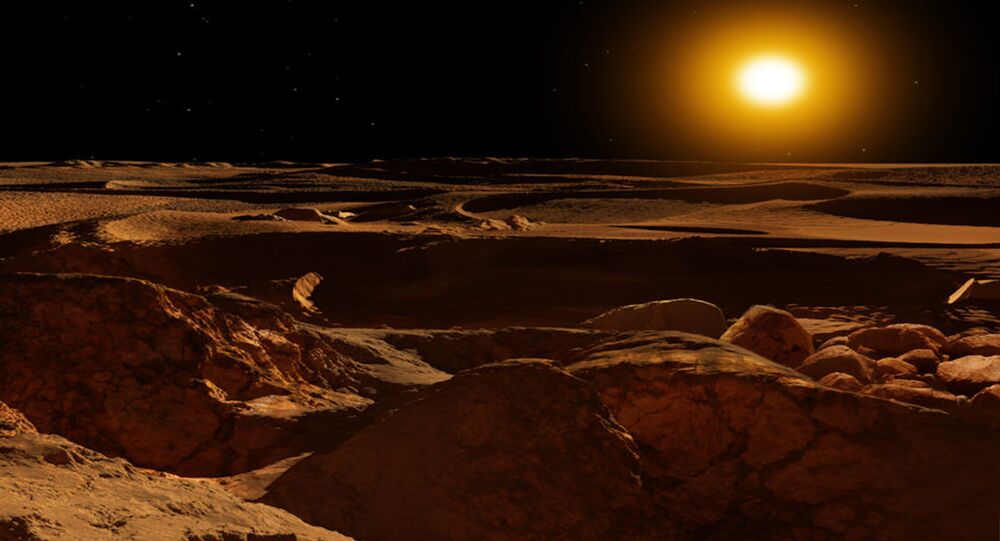 Like the Moon, some parts of Mercury are covered with craters where temperatures reach cold extremes. But the Earth’s satellite has tiny amounts of ice, whereas on Mercury there is plenty of it. This mystery has made scientists wonder whether Mercury has received water in a way that couldn’t work on the Moon. But if so – how?

Temperatures on Mercury can reach 400 degrees Celsius (750 degrees Fahrenheit), yet for some reason the closest planet to the Sun has vast amounts of ice. A new study conducted by researchers from the Georgia Institute of Technology seems to have cracked this mystery thanks to chemistry.

Solar winds that hit Mercury carry charged particles, including protons. Interacting with the planet’s minerals, they generate so-called hydroxyl groups, which under extreme heat free up and smash into each other, producing water molecules and hydrogen. These molecules travel around the planet and some of them land in craters in permanently shadowed regions, areas, which never receive direct sunlight and have extremely cold temperatures.

Since Mercury doesn’t have an atmosphere, meaning no air that conducts heat, these water molecules turn into ice. "It's a little like the song Hotel California. The water molecules can check in to the shadows but they can never leave", said Thomas Orlando, a professor at Georgia Tech's School of Chemistry and Biochemistry and the study's principal investigator.

According to the research, published in Astrophysical Journal Letters on 16 March, this process could account for up to 10 percent of Mercury’s overall amount of ice, which equals approximately 11 billion tons of ice.

Scientists say the rest of the ice is likely to have been generated by collisions with asteroids and meteorites.

"I would concede that plenty of the water on Mercury was delivered by impacting asteroids", said Brant Jones, a researcher in Georgia Tech's School of Chemistry and Biochemistry and the paper's first author. "But there's also the question of where asteroids laden with water got that water. Processes like these could have helped make it".