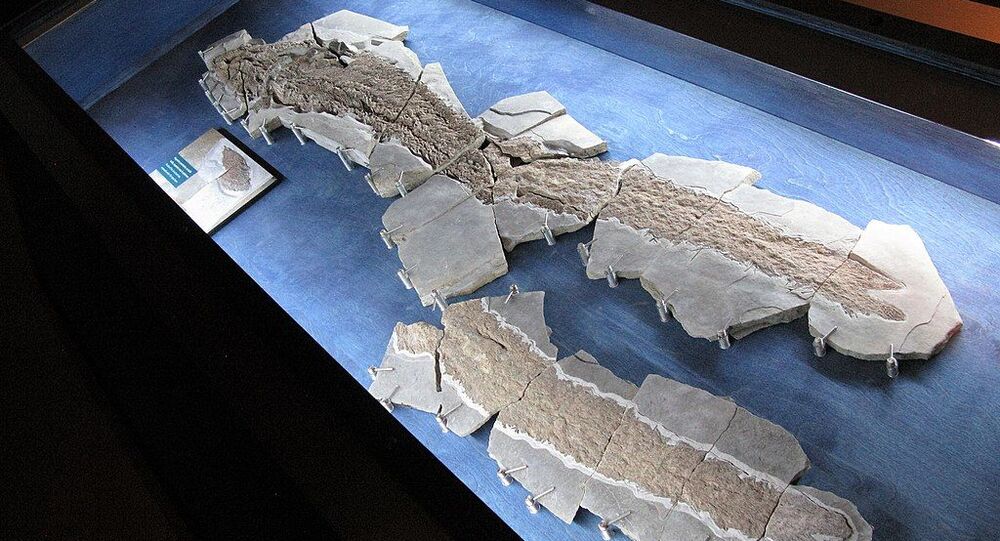 The ancient creature, which grew up to 1.5 metres in length, lived during the Devonian period about 380 million years ago in what is now eastern Canada. Not much is known about the fish, as until now scientists were able to study only tiny parts of its skeleton.

Scientists have discovered a complete skeleton of an ancient fish called Elpistostege watsoni that could provide insight into the evolution of the human hand, specifically how ancient fish transformed into four-legged vertebrates. According to the study, published recently in the journal Nature, the ancient fish had fins that contained radial bones arranged in a series of rows, which look like a precursor to fingers.

These so-called digits made fins flexible, enabling it to bear weight on land. Researchers say this is the first time that a precursor to fingers has been found in fish rather than among the earliest vertebrates.

"This finding pushes back the origin of digits in vertebrates to the fish level and tell us that the patterning for the vertebrate hand was first developed deep in evolution. This is the first time that we have unequivocally discovered fingers locked in a fin with fin-rays in any known fish", said Professor John Long, senior author of the study.

Researchers say it is unclear whether the fish occasionally emerged from water to walk on land, but note that the structure of its front fins would have enabled it to do so.

"By looking at Elpistostege, it is important to realise that we, as human beings, are coming from a long line of evolution, that every part of our body, like our fingers, has a long evolutionary history. This is true for Homo sapiens but it is also true for all living organisms", said palaeontologist Richard Cloutier of the Universite du Quebec a Rimouski in Canada and lead author of the study.