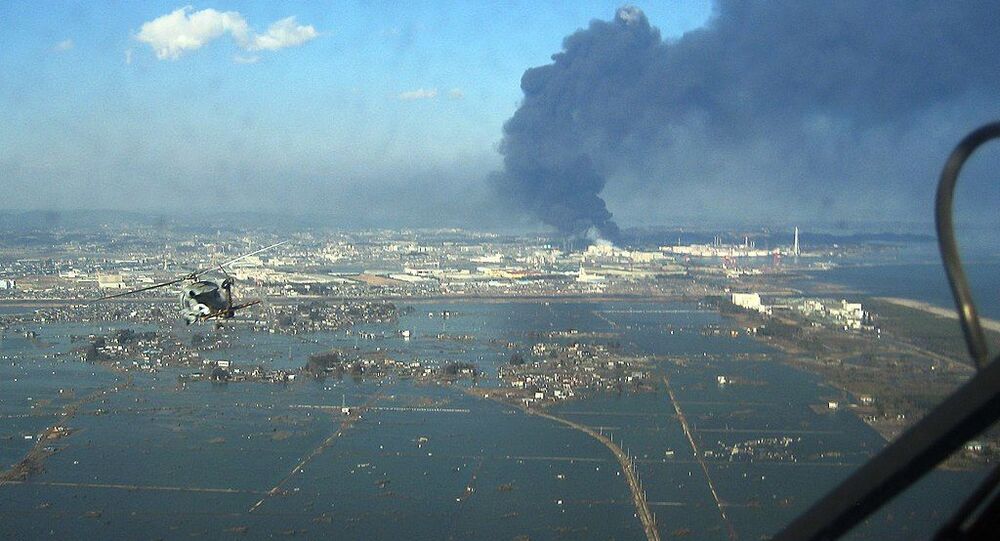 The mega-earthquake that hit Japan in March 2011 was among the most intense temblors that have ever rocked the planet. The reason was the largest fault slip ever recorded, but the power of the waves it spawned did not match the calculations.

A geological process that has lasted for millions of years made the 2011 Japan tsunami so devastating, a new study has found.

On 11 March 2011, a 9.0 magnitude earthquake that occurred 130 km away from Japan unleashed a monster tsunami on the country’s northeastern coast. It killed almost 16,000 people, triggered a nuclear accident and caused up to $235 billion in damages, making it the costliest natural disaster in history.

The earthquake – the fourth most powerful on record and the worst in Japan’s history – was so strong that it tilted the world’s axis and shortened the length of the day by a sliver of a second.

What caused that quake?

It was blamed on the movement of tectonic plates in the Japan Trench, a subduction zone where the Pacific Ocean plate is pressing down under the overriding continental plate that carries the Japanese islands. Follow-up studies suggested that an unusually large slip of the fault, the boundary between the two plates, caused in part by a thick layer of clay that acted as a lubricant, was to blame for the magnitude of the disaster.

However, the size of the waves produced as a result was several times bigger than expected according to existing models for such events. Later in 2011, Japanese scientists found another fault between the epicentre and the shore that could have boosted the tsunami. They failed to identify how it formed there.

What does the new research say?

Geologists from the Columbia University’s Lamont-Doherty Earth Observatory now bring more clarity to that question in a paper published in the journal Nature Geoscience.

“Most people would say it was the megathrust that caused the tsunami, but we and some others are saying there may have been something else at work on top of that,” said lead author Bar Oryan. “What’s new here is we explain the mechanism of how the fault developed.”

This feature, called extensional fault – one caused by stretching of the Earth’s crust – is another zone in which the oceanic plate subdues below the continental one.

As explained by Columbia University journalist Kevin Krajick, the angle at which the oceanic plate moves down into the mantle had apparently been gradually declining.

This process, which started between 4 and 5 million years ago, saw the oceanic plate exert increasing pressure on sediments atop the continental plate, pushed them into a huge hump between the trench and Japan’s shore. That hump got jolted loose during the 2011 earthquake and broke, adding to the tsunami’s power.

The paper cites such evidence as analysis of the seabed, sediments from underwater boreholes, and record of seismic shocks in the area.

“If we can go and find out if the subduction angle is moving up or down, and see if sediments are undergoing this same kind of deformation, we might be better able to say where this kind of risk exists,” said study co-author Roger Buck.

Such processes could be going down in oceanic depths off Nicaragua, Alaska, Java and other areas along the volcanically active Pacific Ring of Fire. “These are areas that matter to millions of people,” he said.