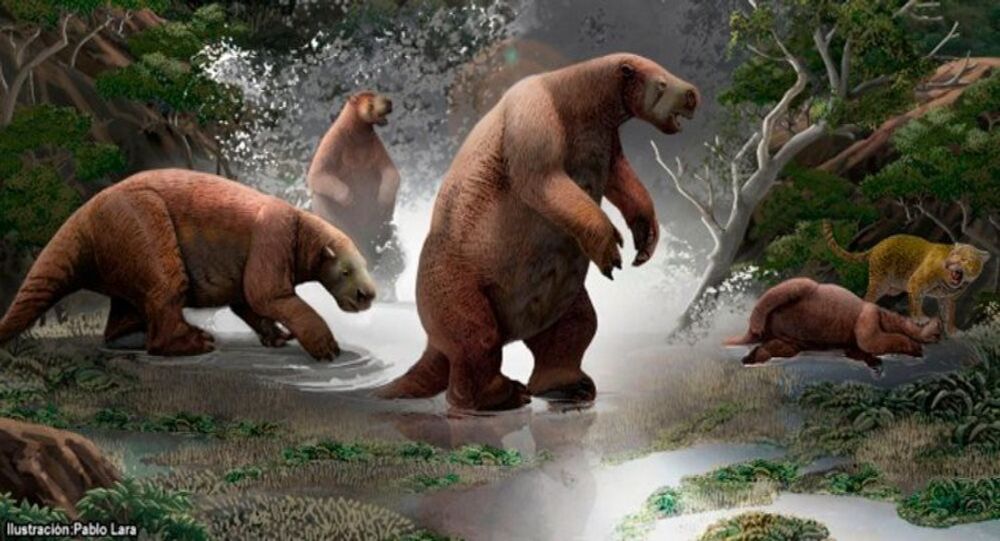 Nicknamed the ‘South-American Yeti’, the giant animal has reportedly been confirmed as belonging to a unique family of ancient and extremely large bearlike sloths that roamed the inter-Andean valleys of Ecuador tens of thousands of years ago.

A group of Argentinian and Ecuadorian paleontologists found remains of the so-called South-American Yeti, known scientifically as Oreomylodon wegneri or mountain mylodon, in a mountainous area of in Ecuador 2,500 metres above sea level.

Researchers suggest that the ancient creature can be considered a “giant sloth bear” that weighed about a ton and had large claws and a snout adapted to withstand extreme climates.

“It has previously unknown characteristics, especially its big nose, adapted so that it could live in low temperatures and the climate of the mountains,” said Luciano Brambilla, a researcher from the Interdisciplinary Studies Center of the University of Rosario and Conicet, according to research agency CTyS.

The Yeti’s claws are said to have been located on both its back and front legs and grow up to two metres long. The sloth bears reportedly used their acute sense of smell in interactions between males and females, as well as in marking territory.

According to the research team, fossilized remains of the now-extinct animal can now be used to build almost the entire body of a creature believed to have roamed the Earth between 10,000 and 40,000 years ago. Yeti likely lived in grasslands that were on average a few degrees hotter than currently recorded.

Bones of the unique species have been found in Ecuador for over 100 years. Paleontologists, using new discoveries unearthed from the soil, believe that even more new details will come to light about the creature.

"The finding of three examples in the same place makes us think that these animals lived in herds, a completely new fact for all terrestrial sloths,” said lead research author, Roman Carrion, an Ecuadorian paleontologist from the Polytechnic School of Quito.

Magnetic Field on Mars Much Stronger Than Expected, Scientists Say