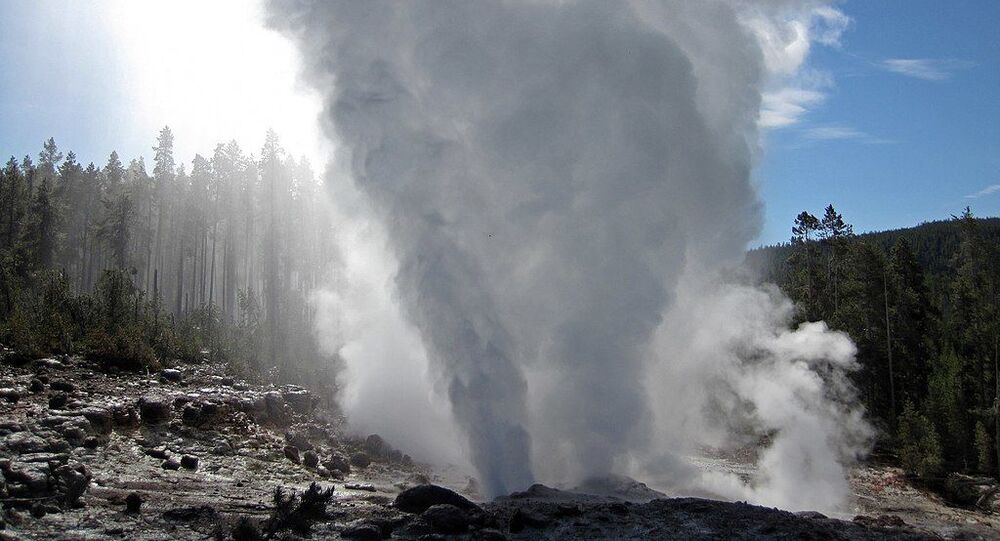 The super volcano in Wyoming’s most famous natural site appears to be hiding its own secrets, even deep inside the caldera, which continued to rise for two consecutive years – in 2013 and 2014.

Scientists have come to believe that a phenomenal two-year lapse of ground deformation on the iconic Yellowstone grand volcano, which became conspicuous in 2013, is a result of magma intrusions in the ground layers of the Norris Geywer Basin area.

The results of a relevant study were published in the Journal of Geological Research-Solid Earth in January but have now been highlighted by the Yellowstone Volcano Observatory (YVO) in its weekly column, The Caldera Chronicles.

The magma uplift, depicted by the study authors as "volatile ascent and accumulation", reached its climax in 2013 then ending abruptly, as recorded by GPS radars that keep tabs on seismic activity in the area.

"Frequent eruptions of Steamboat Geyser since March 2018 are likely a surface manifestation of this ongoing process", they wrote adding hydrothermal explosion features stand out in the Norris Geywer basin area, so that the apparent shallow nature of the volatile accumulation “implies an increased risk of hydrothermal explosions".

According to Dan Dzurisin, one of the study authors, a magma intrusion two decades ago must have prepared the ground for all the deformation recorded, attributing this to ongoing processes beneath Steamboat Geyser, the tallest active geyser in the world to date.

"Modeling...suggests the 1996–2004 uplift was caused by an intrusion of magma about 14 km [8.7 miles] beneath Norris", he wrote. "When magma intrudes the crust it cools, crystallizes, and releases gases that had been dissolved in the melt", the author started off his explanation, further adding that as gas escapes it lowers pressure in the magma and the surface “subsides".

Further on, the researcher remarks lthat ifting gases can become trapped “under an impermeable layer of rock, causing the kind of rapid uplift” – like was seen at Norris from late 2013 until a 4.9-magnitude earthquake the next year.

There was another notable uplift – from 2016 to 2018, which suggests rising gases happened to be locked underground again, but “at a slightly shallower depth".

However, the researcher hurried to put readers’ minds at rest, arguing that however stunning it doesn’t pose any threat to humanity:

"For the first time, we've been able to track an entire episode of magma intrusion, degassing, and gas ascent to the near-surface. For those in the know, like you, that's awesome—not alarming".

Boom! Huge 'Geyser' Erupts in the Middle of Kiev