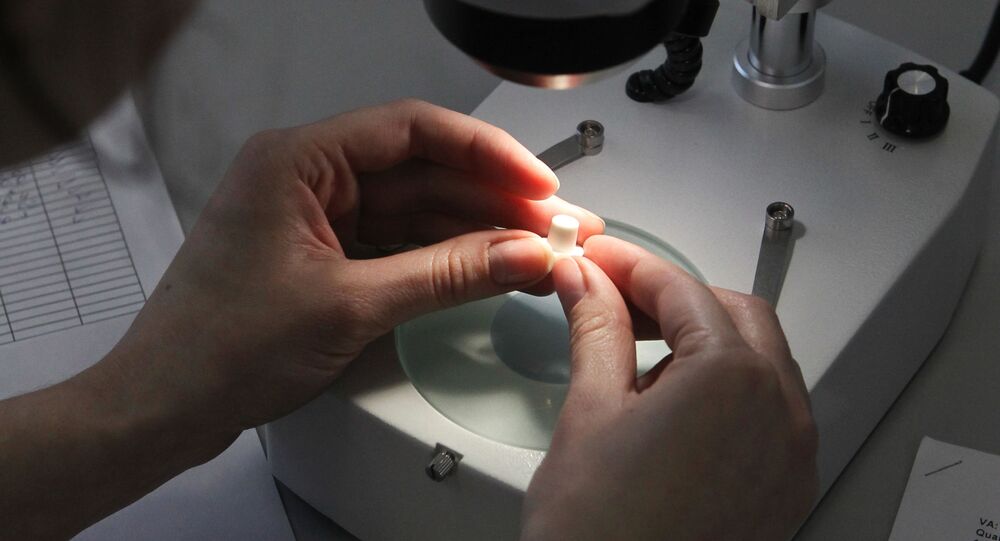 Scientists at Tomsk Polytechnic University (TPU) have discovered a previously unknown physical effect, which significantly increases the control capabilities of ceramics. According to the authors of the study, their findings can be used to develop new types of ceramics with improved performance.

The TPU scientists have discovered that after treating alumina ceramics with high-energy ion beams, their structural properties change at depths exceeding ion penetration depth. A similar phenomenon – the so-called long-range effect – was previously observed only when irradiating metals.

“We’ve found that structural-phase changes in ceramics occur at depths hundreds of times greater than ion penetration depth. There is still no definite explanation for this effect; there’re still heated discussions regarding the phenomenon,” Sergey Gyngazov, Professor at the TPU Control and Diagnostics Department, said.

According to scientists, ion treatment allows to radically change the properties of surface layers up to several tens of microns thick, getting the so-called “gradient ceramics.” Moreover, as the TPU experts noted, today it is the only effective method to modify the characteristics of ceramics.

According to the researchers, this technology will improve the performance of ceramics in various fields, primarily industrial catalysis, as well as the technology to create complex micro-reliefs and gas sensors.

The authors of the study explained that low-intensity ion beams with energies of 50-80 keV are usually used for ion-implant doping of non-metals, dielectrics and semiconductors, which is extremely time-consuming. The TPU scientists use high-intensity ions with energies of 180 keV, which allows cutting down the processing time to several seconds or less.

“Until recently, it was almost impossible to implement radiation treatment regimes we use today. However, the situation has changed a lot thanks to the rapid development of accelerating technology, especially here in Russia,” Valeria Kostenko, one of the co-authors of the study, a graduate student at the TPU High-Energy Process Physics Research School, said.

© RIA Novosti . Sergey Subbotin
Siberian Scientists to Increase Small Nuclear Reactors Efficiency
The authors of the study pointed out that they have succeeded thanks to close cooperation with the Institute of Nuclear Physics SB RAS as well as with advanced local accelerating technology developers, including scientific groups from TPU itself and their colleagues from Institute of High Current Electronics SB RAS (Tomsk) and Institute of Electrophysics UB RAS (Yekaterinburg). The developments were supported by the Russian Science Foundation grant No. 17-19-01082.

The research team wants to further study the heavy ions effect on ceramics. The scientists hope that this will provide ceramics with stable conductive properties to use as high-voltage insulation in accelerators. Research in this direction is already underway at the Joint Institute for Nuclear Research in Dubna.

The study results were published in Nuclear Instruments and Methods in Physics Research magazine.