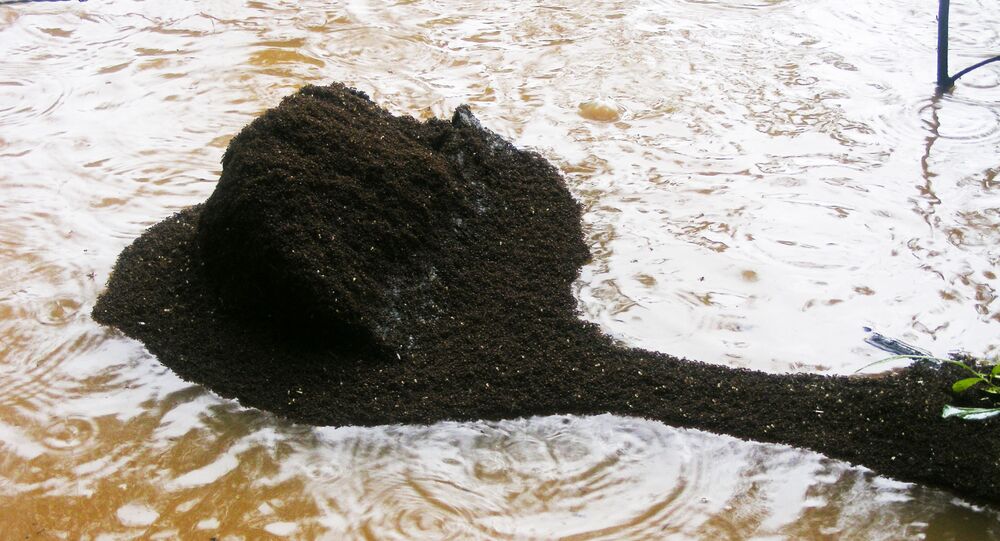 Dubbed “Chinese sorrow” the Yellow River is known to have flooded nearby cities more than a thousand times in the past 2,000 years. However, scientists say the event in Kaifeng was the most devastating.

An horrendous flood in 1642 killed around 300,000 people in the Chinese city of Kaifeng in 1642, says a study published in the journal Scientific Reports. According to a team of international scientists, the catastrophic event destroyed the city and entombed its inhabitants under metres of silt and clay. The horrifying scope of the flood is attributed to the fact that Kaifeng’s walls partially collapsed and water became trapped in the city.

Back then Kaifeng was one of the largest cities in the world and served as the capital for several Chinese dynasties. It has been flooded by the Yellow River around 40 times over the past thousand years, but the event in 1642 was powerful enough to wipe out almost all of the city's inhabitants. However, unlike previous floods, this one was not caused by nature, but humans.

Our new paper in @SciReports reveals archaeological evidence of a Yellow River flood in AD 1642 that destroyed Kaifeng, one of China's dynastic capitals. Some estimates suggest that this flood killed over 300,000 people and destroyed the entire city... https://t.co/MHTGLy1iJL pic.twitter.com/A2Msga53hk

​Kaifeng was under siege by enemy forces for months. When it became clear that the city could no longer hold out the governor ordered the army to destroy dikes along the Yellow River hoping that it would deal with the enemy forces. Instead it killed everyone and everything in its path.

"The city walls prevented water from easily exiting the city. As a result the constant influx of floodwater into the city created a deadly mix of mud and urban debris that significantly amplified the destructive power of the Yellow River", the study read.

The aim of the study is to see what factors contributed to the resilience of cities to natural disasters such as this one. Scientists say that due to climate change and environmental uncertainty these events could happen again.

"As global temperatures continue to rise and increase the frequency of extreme events, the combined archaeological and paleoenvironmental record of exceptional floods, like the AD 1642 Yellow River flood, can provide an important reminder that unexpected events have happened in the past and will likely happen again. In extreme cases, these events can cause infrastructure built to prevent disasters to catastrophically fail, causing significantly more devastation than under normal circumstances", the study read.