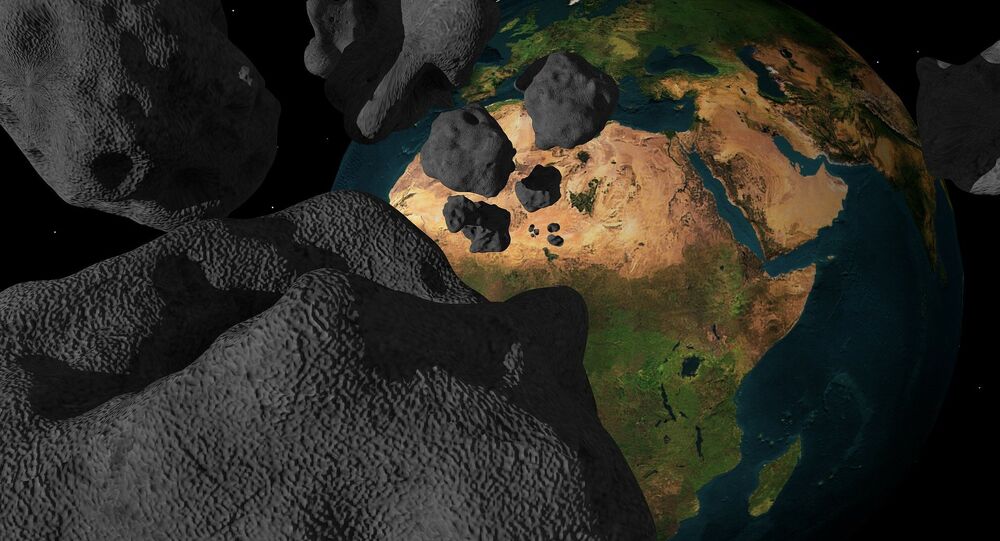 Asteroids or comets that come within 50 million km (30 million miles) of Earth’s orbit are dubbed NEOs (Near Earth Objects) and are viewed as representing a possible danger to Earth.

An asteroid potentially capable of wiping out mankind upon impact with Earth is on track to sweep close to our planet, according to NASA's asteroid trackers.

Followed closely by NASA’s automated systems at the Center for Near Earth Object Studies (CNEOS) in California, US, the space rock estimated to measure up to 2.5 miles (4.1km) across has been given the name of 52768 (1998 OR2).

The visitor from space has a velocity of about 8.7 km per second or 19,461 mph, with calculations forecasting it will embark on a near-Earth course on 29 April.

An asteroid is a small, rocky or metallic object orbiting the Sun and usually defined as being larger than 1 meter in diameter.

The largest asteroid is Ceres, boasting 965 kilometers (600 miles) in diameter.

Most of the asteroids, including Ceres, are situated in the asteroid belt between Mars and Jupiter, but some have orbits that cross Earth’s.

While according to the Planetary Society, an asteroid bigger than 0.6 miles across is big enough to carry the threat of global destruction, scientists claim there is no need to lose sleep over the looming encounter.

Astronomers estimate there is a “one in 50,000 chance” of such an object hitting Earth every 100 years.

Nonetheless, scientists are unanimous in the need to find, track, and characterize asteroids, developing deflection methods via internationally coordinated actions.

Incoming! Two Asteroids at Breakneck Speeds Whizzing Towards Earth Have NASA on Alert