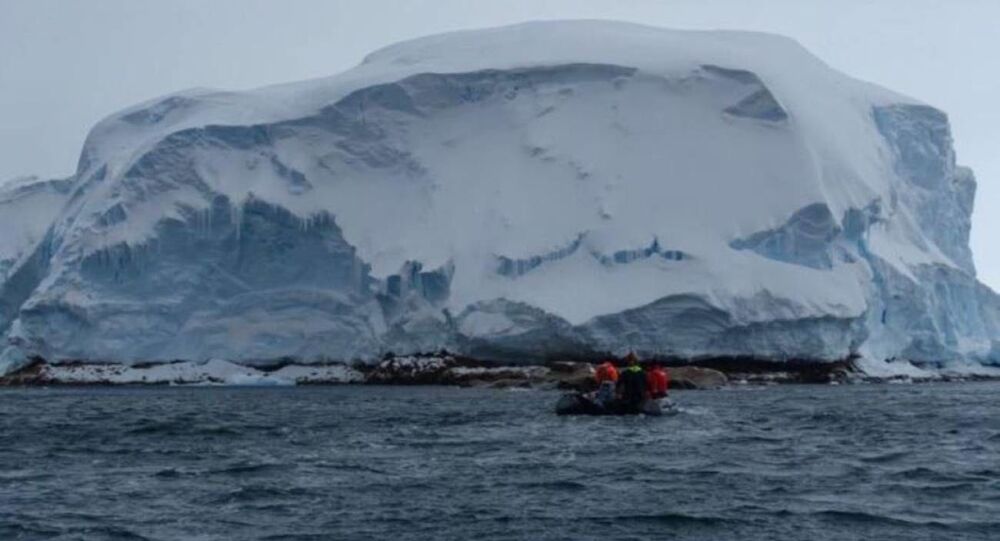 Upon discovery, one of the biggest questions was how to name the land. One of the initial versions was an off-the-wall ‘Pete’, but researchers eventually settled on a more enigmatic name.

Thawing ice has left behind a surprise find in Antarctica: an uncharted island that has come into view for the first time.

It was discovered by the Thwaites Glacier Offshore Research, an international project to study one of the world’s fastest-melting glaciers.

In the past quarter of a century, the Antarctic ice sheet has lost more than 3 trillion tons of ice to global warming; this process has been increasingly fast in West Antarctica, where the Florida-sized Thwaites Glacier is located.

Last week, scientists found an island that was previously hidden beneath a mass of ice, which has now melted away at the edges.

The granite island is just 350 meters long and is still mostly covered in ice, although it now has a distinct layer of brown rock. A few seals were also spotted there.

After being the first visitors, we can now confirm that Sif Island is made of granite and that it is covered by remnant ice shelf, and a few seals. Photos by CD Hillenbrand (BAS) and Laura Taylor (UH). @glacierthwaites @glacieroffshore @GAViglione #nbp2002 @BAS_News @UHEAS pic.twitter.com/dtWtdI95tL

“Because we found the island, we earned the right to name it,” member of the expedition Sarah Slack wrote in a blog. “I voted for ‘Pete,’ since it was our Chief Mate Pete who originally spotted it.”

But the name was ruled too confusing, and they settled on “Sif Island”, after the Norse goddess associated with the Earth.

It is likely that the island emerged due to glacial rebound, a process in which land masses rise after they put off the weight of ice sheets.

Here’s a quick time-lapse of how the melting ice revealed the island:

Although the story of its discovery is an alarming sign for the planet – ice melting, entire cities sinking into the sea, ocean currents and, hence, global climate change – the island could prove useful in the short term.

Slack said that “the geologists were excited for this unusual opportunity to collect rock samples, something that Antarctica does not often provide.”