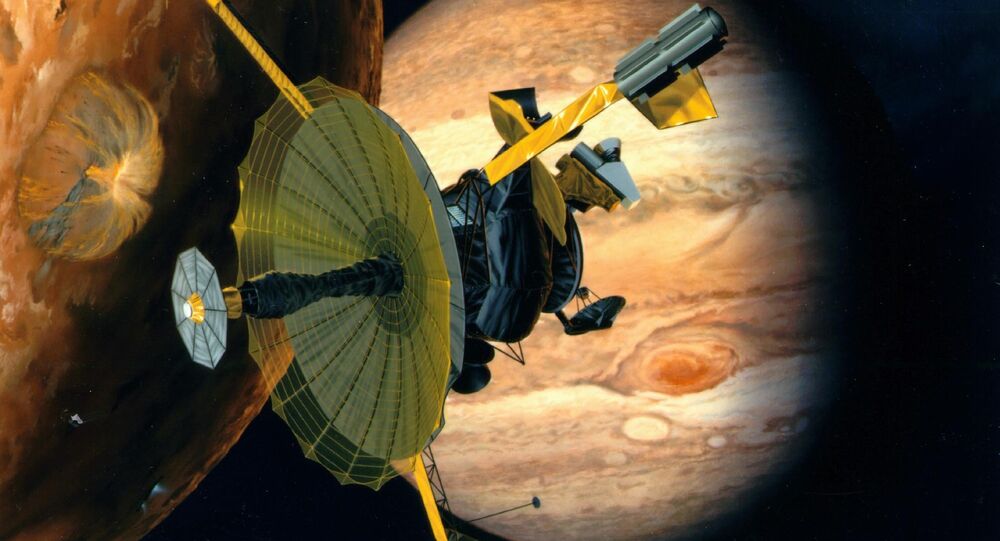 The astronomers were able to detect the new planet thanks to their knowledge of the interaction between the magnetic field of Jupiter and its moon Io.

A team of scientists has managed to detect a planet via the use of radio waves for the first time, Science Alert reports.

As the media outlet points out, there are currently two main methods of exoplanet detection: one involves spotting a star’s light dip when a planet passes between the observer and the star it orbits; the other is based on detecting a "faint wobble in a star's position as it is tugged on by the planet".

"We adapted the knowledge from decades of radio observations of Jupiter to the case of this star," Joe Callingham of the Netherlands Institute for Radio Astronomy (ASTRON) said. "A scaled-up version of Jupiter-Io has long been predicted to exist in star-planet systems, and the emission we observed fits the theory very well."

The new method, based on analyzing a star’s radio signals, potentially offers new means to search for smaller exoplanets that are harder to detect by other means, thus affording humanity more opportunities to find potentially habitable worlds.

"Our work has shown that this is viable with the new generation of radio telescopes and put us on an exciting path", said ASTRON’s Harish Vedantham, noting that the scientists’ "long-term aim is to determine what impact the star's magnetic activity has on an exoplanet's habitability, and radio emissions are a big piece of that puzzle".