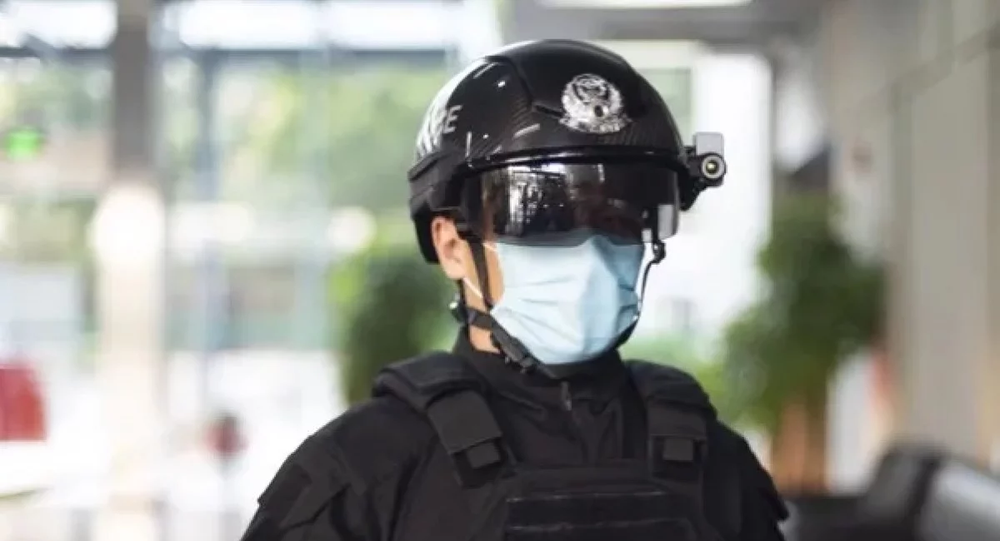 The new equipment aims to help Chinese authorities manage the COVID-19 outbreak which has left thousands dead, using new technologies aimed at monitoring symptoms and early detection of fresh cases, according to reports. The news comes after a major development bank donated a huge cache of supplies and funds to fight the virus.

The Shenzhen-based company engineered its N901 helmets to measure body temperatures in crowds with special infrared cameras, allowing rapid detection from up to five meters away.

The helmet can also scan QR codes and identify people using facial recognition, in addition to augmented reality (AR) glasses and numerous connectivity options such as Wi-Fi, Bluetooth and 5G, the company said in previous statements.

The amount of technology deployed in China to locate the virus is incredible. Every office now has temperature screening also transport Police and many other areas. Digital health certificates. Can't see this being replicated elsewhere.

Specially engineered metamaterials have been developed along with the Chinese Ministry of Science and Technology, making the helmets light, the company added.

N901 helmets are being used in Shanghai and other Chinese cities, Abacus wrote.

According to the report, Chinese tech companies such as Megvii and Baidu have been rolling out their own fever detection systems for use in metro systems in Beijing, and Chinese tech firm DJI has also updated its thermal-imaging drones.

News of the deployed helmets comes after Dr Bruce Aylward, team lead for the Joint Mission on COVID19 between China and World Health Organisation, said on Tuesday that China had taken a very "pragmatic approach" to decide on containing the virus.

The Asian Infrastructure Investment Bank (AIIB) in Beijing also donated 1mn USD and 40 tonnes of supplies to fight the spread of the coronavirus, namely for frontline healthcare professionals in Wuhan and Beijing, with initial shipments delivered on Monday.

The multinational development bank also announced on in February it would launch talks with the Chinese government to strengthen national emergency public health infrastructure for immediate and long-term control of the outbreak.

AIIB president and board chairman, Jin Liqun, said: “AIIB’s management and staff stand by the Chinese people, We are ready to offer our help to the best of our ability. We want to do our part as residents of China to help stop the epidemic’s spread.