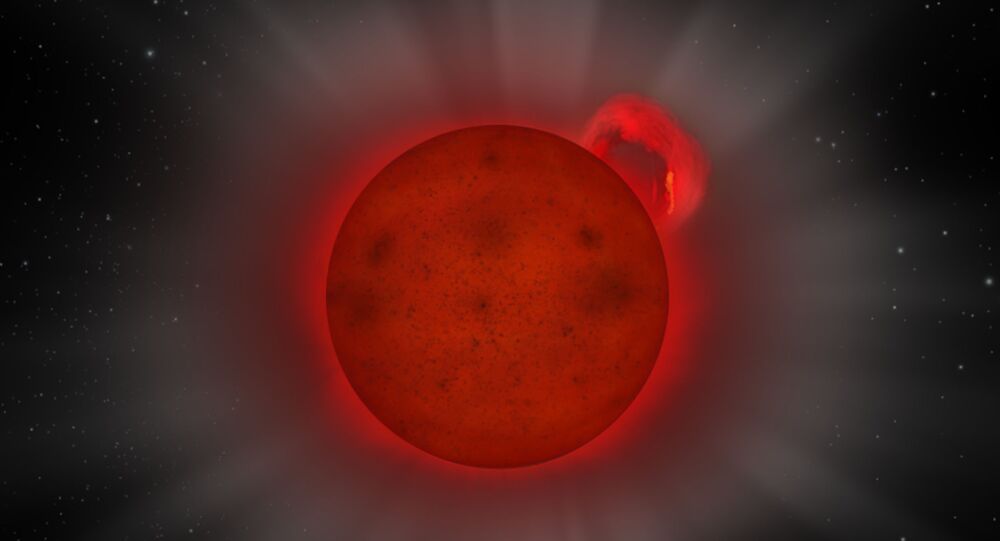 A tiny star has caught the attention of astronomers and is now the source of much speculation after it was discovered that it had unleashed a powerful X-ray flare previously unheard of for such a cool star.

A recent archival review conducted by the European Space Agency’s (ESA) XMM-Newton X-ray observatory found that an L-dwarf star dubbed J0331-27 had emitted an X-ray superflare 10 times more powerful than the sun’s most intense flare, despite having approximately 8% of the sun’s mass.

“This is the most interesting scientific part of the discovery, because we did not expect L-dwarf stars to store enough energy in their magnetic fields to give rise to such outbursts,” Beate Stelzer, a member of the study team, noted in the February 20 news release by the ESA.

Despite its recent uncovering in archived data from the European Photon Imaging Camera, the dramatic, high-energy eruption was recorded on July 5, 2008.

With L-dwarf stars being classified as such due to their low mass and barely being able to meet the threshold for nuclear fusion, it was previously presumed that a star with these qualities and a low surface temperature would be unable to produce, or even store, such large amounts of energy.

What’s even more interesting about the tiny star’s superflare event is the fact that it is regarded as the “first unambiguous detection of such an eruption at X-ray wavelengths,” according to the ESA. This will prove important for scientists’ research moving forward, because while visible light comes from near a star’s surface, X-rays are emitted from higher in the atmosphere.

Astronomers on the team were able to use the nearly 40-day recording of the star to determine that it appears that J0331-27 does not flare frequently and very rarely releases energy.

“The data seem to imply that it takes an L dwarf longer to build up the energy, and then there is one sudden big release,” Beate noted. However, the ESA did not offer a point of comparison.

“The discovery of this L dwarf super flare is a great example of research based on the XMM-Newton archive, demonstrating the mission's enormous scientific potential,” said Norbert Schartel, XMM-Newton project scientist for ESA. “I look forward to the next surprise.”