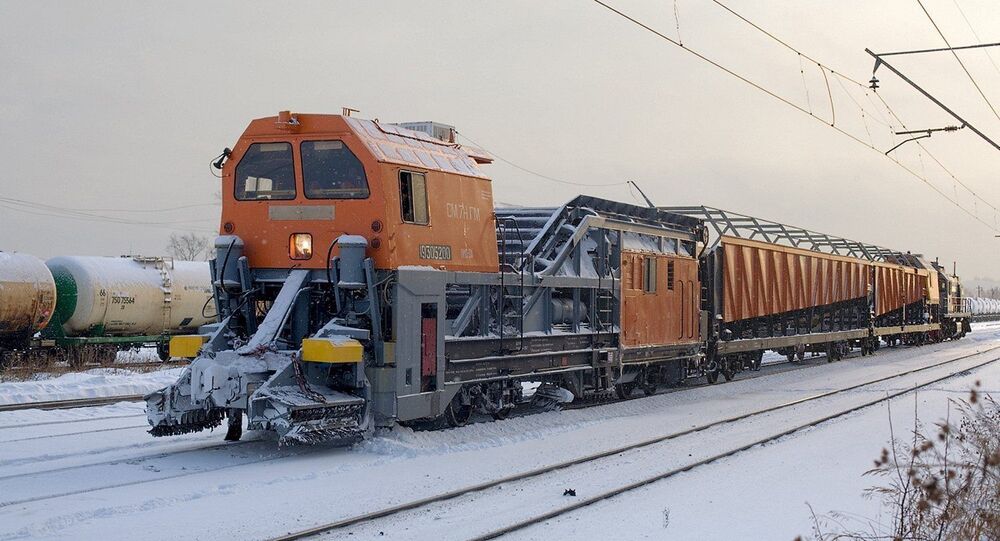 Ordinarily, the snowy northern nation relies on tractors and special excavators to clear its estimated 5,900 km of railway tracks.

A Russian-made SM-7 (with the acronym literally standing for ‘Snowclearing Machine’) has arrived in northern Finland for grueling testing to see whether the equipment can be used to improve the wintertime maintenance of the country’s railways, Finnish Transport Infrastructure Agency representative Markku Nummelin said.

Initially expected to tested in Kouvola, southeastern Finland, an unusually warm February has forced testing to take place in the province of Kainuu further to the north instead, where Father Winter still maintains a formidable presence. The train is being tested in an area where snow had built up to about half a meter.

© Photo : CR RF
SM-7 snow-clearing train similar to the one being tested in Finland

Finnish media have called the unique rail-based snowplow a “snow-eater” which has no Western analogue, with evening newspaper Ilta Sanomat suggesting that the train may very well be the most environmentally friendly and efficient piece of snow-removing equipment of its kind in the world.

Commenting on the testing, Nummelin explained that “particular attention will be paid to the safety and the suitability of this equipment for the Finnish railway network. If the experiment proves successful, it’s possible [that Finland may] acquire this kind of equipment,” he noted.

Russian Railways confirmed earlier this month that its snow removal equipment had begun clearing snow-covered tracks in Finland on the basis of an agreement with the Finnish Transport Infrastructure Agency.

Designed in the Soviet era, the 188 tonne behemoth has a working speed of between 6-10 km per hour, and is the latest in a line of SM-series machines developed during the 20th century to clear the vast railway networks of a country about one quarter of whose surface area is located north of the Arctic Circle.

Finland’s 1,524 mm rail gauge is compatible with the 1,520 mm gauge used in Russia and the former Soviet countries, meaning no special conversions were necessary for testing of the SM-7 to take place.