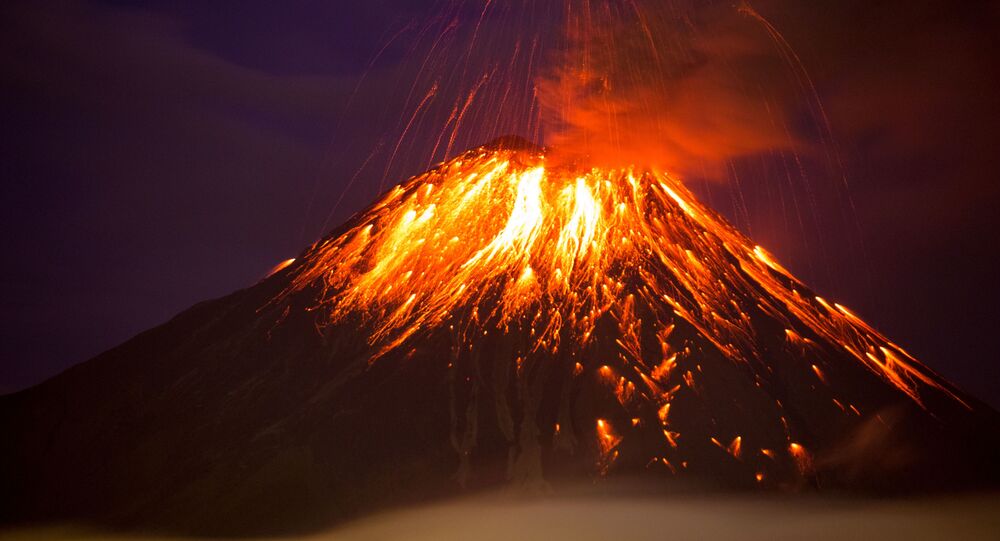 The volcano has been continuously active since 1999 with several major eruptions occurring in recent years, the last in 2014. Researchers say that the ongoing eruptive activity resulted in surface deformation and that this is of concern.

The Tungurahua volcano in Ecuador shows early signs of collapse, which will cause widespread damage to the surrounding areas, claims an international team of scientists from the United Kingdom, Costa Rica and Ecuador. Tungurahua's eruption in 1999 resulted in the evacuation of 25, 000 people from nearby areas. According to a study by researchers published in the journal Earth and Planetary Science Letters, the volcano, whose name translates from Quechua as the 'Throat of Fire' may "speak" again, and this time an eruption may be catastrophic for the volcano itself.

During its lifespan, the volcano has experienced three major eruptions, one of which resulted in the collapse of its flank. Over the years it rebuilt itself; however, the volcano's ongoing eruptive activity resulted in the deformation of its west flank. This drew the attention of scientists, who analyzed the process. They said the deformation was caused by "imbalances between magma being supplied and magma being erupted".

Researchers claim that if magma supply continues, it will result in stress within the cone of the volcano, which in turn will promote new instability and the potential collapse of the flank.
Although scientists suggested that the volcano should be closely monitored, they also said that Tungurahua might remain stable.

"Magma supply is one of several factors that can cause or contribute to volcanic flank instability, so while there is the risk of a possible flank collapse, the uncertainty of these natural systems also means it could remain stable", said geophysical volcanologist James Hickey from the University of Exeter in the UK, who took part in the study.