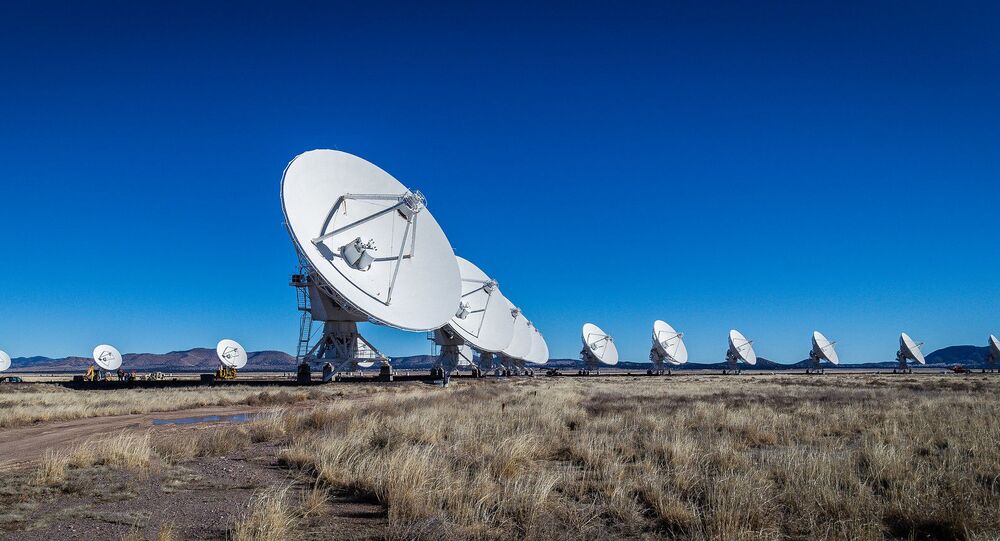 The SETI Institute (Search for Extraterrestrial Intelligence) and the National Radio Astronomy Observatory (NRAO) have announced a new collaboration in a bid to expand data-gathering capacity in the search for alien life in our galaxy and beyond.

The SETI Institute in a press release announced that through new cooperation its researchers have gained access to the powerful Very Large Array (VLA) radio telescope observatory in New Mexico - featured in the Robert Zemeckis 1997 movie version of Carl Sagan's science-fiction book Contact - that will search for "technosignatures 24 hours a day - 7 days a week, as well as explore other natural astrophysical phenomena in novel ways".

"The VLA is the most productive radio telescope in the world, consisting of twenty-seven 25-meter telescopes that are used by astronomers to observe black holes, conduct research about the formation of the universe and study young stars to understand how planets form", SETI said in the press release.

The Institute and @TheNRAO are announcing a collaboration to bring a state-of-the-art #SETI instrument to the Very Large Array for the first time. It will be now possible to employ the VLA to search for technosignatures 24 hours a day, 7 days a week. https://t.co/Ok5GrnCTAF pic.twitter.com/znPtNprq7T

​The new development is a part SETI's mammoth $100 mln project dubbed Breakthrough Listen, a high-tech brainchild of Russian tycoon Yuri Milner who has made an inspirational monetary contribution to identify extraterrestrial life.

"For the whole of human history, we had a limited amount of data to search for life beyond Earth. Now, we are getting a lot of data, we can do real science – making this data available to the general public - and so can anyone, who wants to know the answer to this deep question", Milner told the American Association for the Advancement of Science, cited by The Daily Mail.

Dr. Andrew Siemion of the SETI Institute detailed in the recent press release how the cooperation with NRAO will work.

"The SETI Institute will develop and install an interface on the VLA permitting unprecedented access to the rich data stream continuously produced by the telescope as it scans the sky [...] This interface will allow us to conduct a powerful, wide-area SETI survey that will be vastly more complete than any previous search", Siemion said.

A technosignature is considered to be a proxy sign of the extraterrestrial existence of technologically-advanced civilization.

The SETI institute reportedly has identified its first scanning targets with expanded capacity - recent interstellar visitors, Oumuamua and Borisov, that stirred many scientific circles to cautiously suggest that they are artificial in origin.

"The discovery by the Kepler spacecraft of Boyajian's Star, an object with wild, and apparently random, variations in its lightcurve, sparked great excitement and a range of possible explanations, of which megastructures were just one", Siemion, leader of the Breakthrough Listen science team said, cited by The Daily Mail.