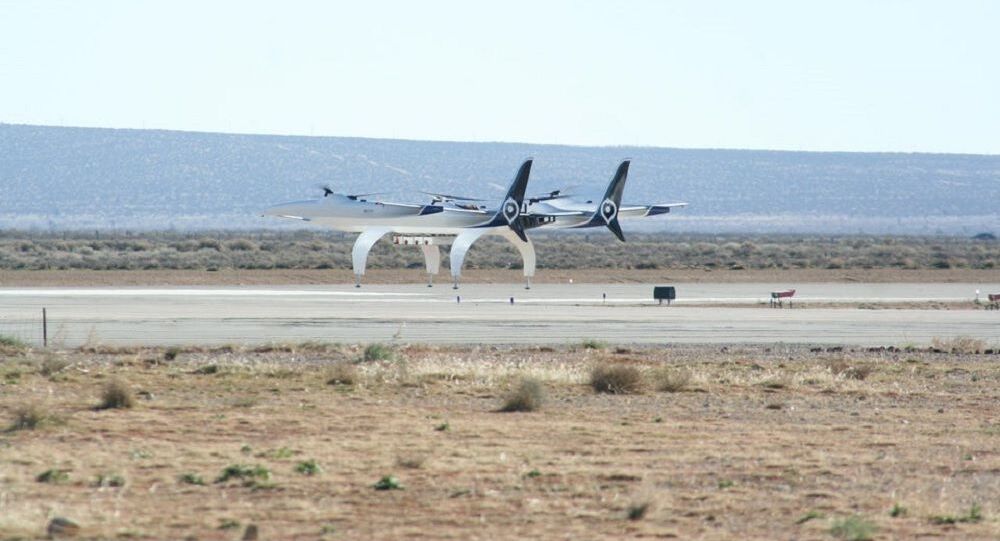 The drone allegedly carries a registration which belongs to Toyota and its design is similar to that of vertical take-off and landing (VTOL) vehicles.

The Reddit user nicknamed u/Red_Jensen has posted a photo of what he described as a “weird plane” that he said was spotted at Mojave Air and Space Port (KMHV) in California earlier this month.

Commenting on the picture, one of the users claimed that the vehicle’s tail number N971YT is registered to the Japanese carmaker Toyota.

“It's an electric aircraft which I find interesting considering their vehicles are known to favour hydrogen fuel cells as their alternative fuel choice instead of electric,” the user noted.

FWIW this seems to be the original post, photo by Redditor Red_Jenson https://t.co/ztuoBQjWRY

Another user argued that Toyota plans to “make a compact VTOL [vertical take-off and landing] plane for the masses called the 'Airolla' now, and it’s gonna be the best-selling reliable VTOL plane in the world”.

The Drive website, for its part, suggested that the “plane” is nothing but a “bizarre-look and insect-like remarkably large” VTOL drone.

The unmanned aerial vehicle (UAV) is equipped with four horizontally-mounted propellers, with one push propeller installed at the UAV’S rear.

The Drive also asserted that the drone’s design is similar to that of  a cargo UAV developed by the US aerospace and logistics company Elroy Air.

#CyberpunkisNow Aerospace startup Elroy Air is trying to enter the cargo industry with the Chaparral, a heavy-duty drone that can carry 500 pounds of cargo 300 miles pic.twitter.com/PLGTnomwvv

The website recalled that it was Elroy Air which “has created a system it calls Chaparral that uses a hybrid-electric powerplant and will hopefully be capable of delivering up to 500 pounds of cargo over distances up to 300 miles [482 kilometres]”.

The Drive also suggested that even though the UAVs’ designs are very much alike, “it seems more likely that the drone in question is a competitor's creation”.