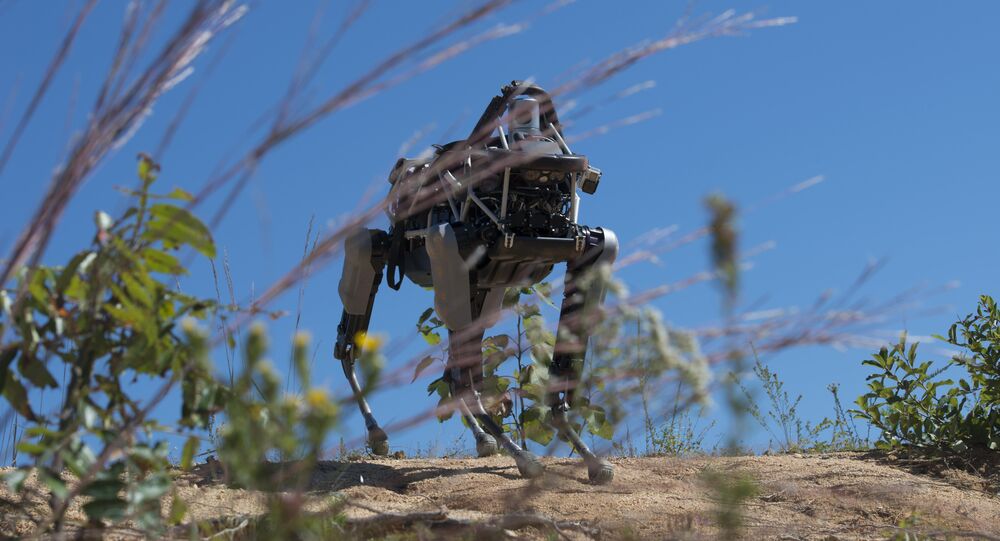 Spot the robotic watchdog will help Aker BP to patrol its ships, watch out for leaks, and investigate areas too dangerous for human workers.

In a bid to make offshore operations safer, more efficient and more sustainable, the Norwegian oil and gas company Aker BP has announced it will employ a robotic watchdog called Spot, created by Boston Dynamics, on the company’s ships in the Skarv region of the Norwegian Sea.

Spot, the four-legged 30-kilogram robotic dog will be charged with sniffing out leaks, taking data readings, inspecting faulty ship equipment, and completing inspections in work environments deemed too dangerous for his human colleagues. Additional tasks may include aerial and underwater inspections, and providing onshore operators with a telepresence on offshore installations.

“Digitalisation will be one of the differentiators between the oil companies of the world, in order to be able to deliver low cost and low emissions. Our vision is to digitalise all our operations from cradle to grave in order to increase productivity, enhance quality and improve the safety of our employees. Exploring the potential of robotics offshore underpin our digital journey”, Aker BP CEO Karl Johnny Hersvik said in a statement.

Under this new programme, the company intends to employ a wide range of autonomous robots, including drones, for maintenance and routine check-ups of its ships and equipment.

Spot was developed by the Massachusetts-based robotics company Boston Dynamics, whose forte is developing autonomous and humanoid machines.

Since hitting the market last year, Spot is now employed by “the majority” of top 100 general contractors in the US, Boston Dynamics said. The robotic dog is used for prowling construction sites and automatically tracking progress. It is also employed by Massachusetts police to sniff out suspicious packages and exploring potentially dangerous hideouts.

Spot is fully electric and functions for about 90 minutes without re-charging. It is also being touted as one of the quietest robots ever.

Spot from @BostonDynamics has arrived on the #WebSummit Centre Stage! 🤖🐶 pic.twitter.com/SvtS1BTx4W

​Amid accolades to Spot's nimbleness and overall handiness, concerns have been raised about robots being used to violate privacy by collecting unauthorised data as part of its surveillance routine.