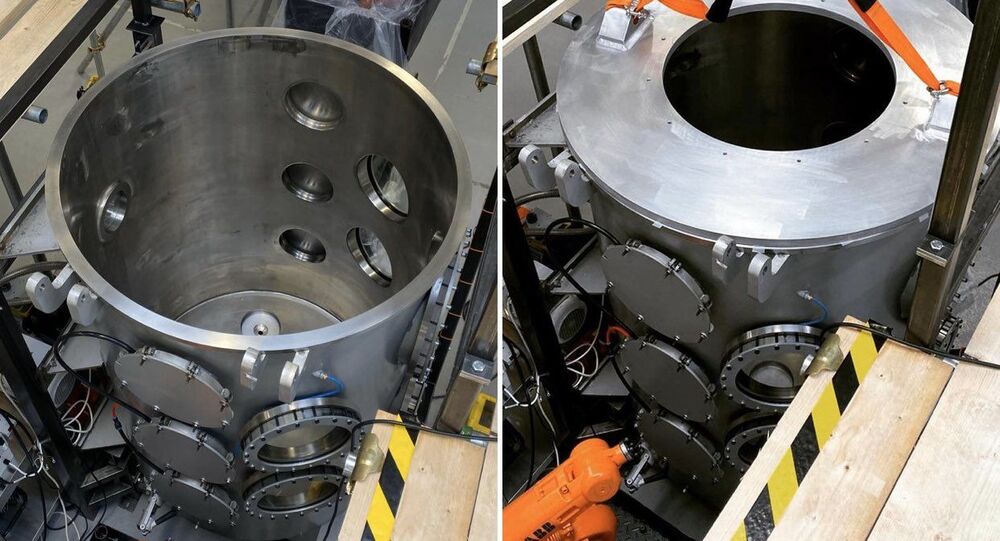 The developer says the new method could power rockets to be twice as fast as the maximum speed of a traditional rocket engine and could be developed further to be a dozen times faster by using soon-to-be-developed nuclear fusion technology.

Pulsar Fusion, a British company headed by former "Made in Chelsea" star Richard Dinan, has reportedly succeeded in developing a prototype of an argon/ion-powered rocket engine capable of slashing in half the time it takes for a spacecraft to reach Mars.

The company successfully tested a miniature prototype engine and recorded a maximum speed of 56,000 mph. The company claims that if the engine is scaled to full-size, it could reach 100,000 mph, over double the maximum exhaust speed of 40,000 mph reached by standard rockets working on traditional propulsion methods, according to the Daily Mail.

“This is a perfectly functional, full size ion engine and could be immediately commercialised for space applications", Pulsar Fusion CEO Richard Dinan said, according to the Daily Mail.

Dinan said that the new engine could be further developed to use nuclear fusion up to 500,000 mph, over a dozen times faster than the normally accepted speed of traditional rocketry.

The young entrepreneur explained that his new engine works by heating Argon gas to 1,600°C and magnetising it to cause the gas to fly out at enormous velocity. Dinan said that his company is aiming to build an engine that can operate at fusion temperatures, offering still greater velocities far in excess of the purported 500,000 mph.