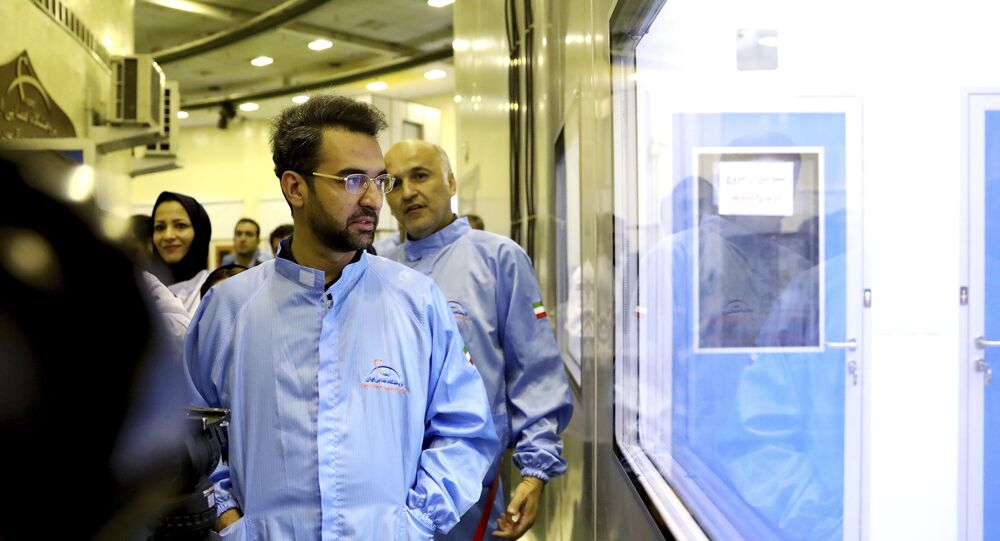 On Monday, Iranian Minister of Information and Communications Technology Mohammad Javad Azari Jahromi said that Tehran hoped to launch the satellite before Saturday.

"The launch will take place … at the earliest possible opportunity", Hosseini said on Friday, as quoted by the Iranian Defence Ministry.

According to the official, the Simorgh carrier rocket and Zafar satellite have already been prepared for the launch from the Imam Khomeini Space Center in the northern province of Semnan.

#Iran's latest #SLV (satellite launch vehicle) to carry Zafar satellite to space.
Launch will most probably happen within the next 24-48 hours. pic.twitter.com/UWd63Um37a

Hosseini added that the satellite would be launched as part of a scientific mission.

In January 2019, Iran failed to launch several satellites into orbit. Several Western countries have condemned its space initiatives, claiming that they violate the UN Security Council Resolution 2231. The United States insists that the document forbids Iran to launch rockets, while Russia says that the resolution's precise phrasing simply urges Tehran to refrain from doing so.

Iran is just one of a handful of states wit an active space domestic programme, despite extremely modest financing and sanctions. In September 2019, Washington slapped sanctions that specifically targeted Iran's Space Agency and Space Research Centre.