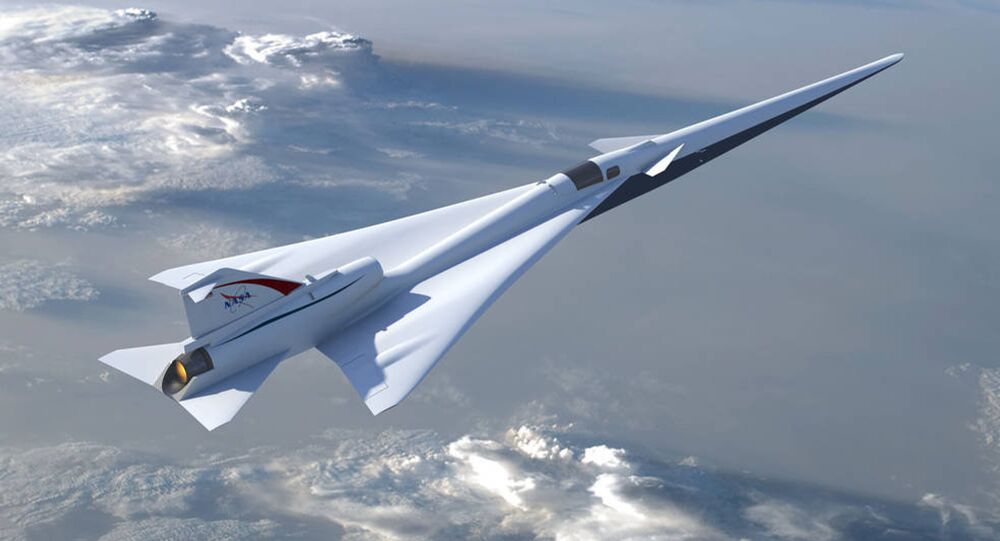 Since 2016, Lockheed Martin has been working in collaboration with NASA on a new supersonic X-59 QueSST for the space administration's Low-Boom Flight Demonstrator program, scheduled for test flights in 2022.

NASA's new experimental supersonic X-plane will be flying across the US by the end of 2020, a representative of Lockheed Martin, who was commissioned to build the plane, said on Friday.

Officially named X-59 QueSST or just X-59, it was greenlit for final assembly in 2019. NASA aims to develop it into an ultra-quiet craft that can travel faster than the speed of sound across land.

"It's moving very fast on the shop floor in terms of manufacturing and production," the company said.

"After the mating of the aircraft and final assembly, we'll take the airframe to do some proof testing and get some other parts installed, do some test runs of the systems, and then roll it out", the representative said.

He explained how once it is all put together, it should be up and running by 2021.

"We're very confident. All kinds of modelling simulations and predictions align, so we believe, based on these models and simulations we've run, that it will achieve that low-boom sound once it reaches supersonic speeds", he added.

Further testing will follow the plane's completion this year to ensure that this is the case and that the plane not only functions and reaches the desired speeds, but also remains silent enough to not disturb the public.

Construction is only Phase 1 of the entire project, according to the spokesperson.

NASA outlined in a statement that the third phase will see community-base testing, which will observe the human response to a low-boom (a quiet sonic boom) caused by the craft flying overhead.