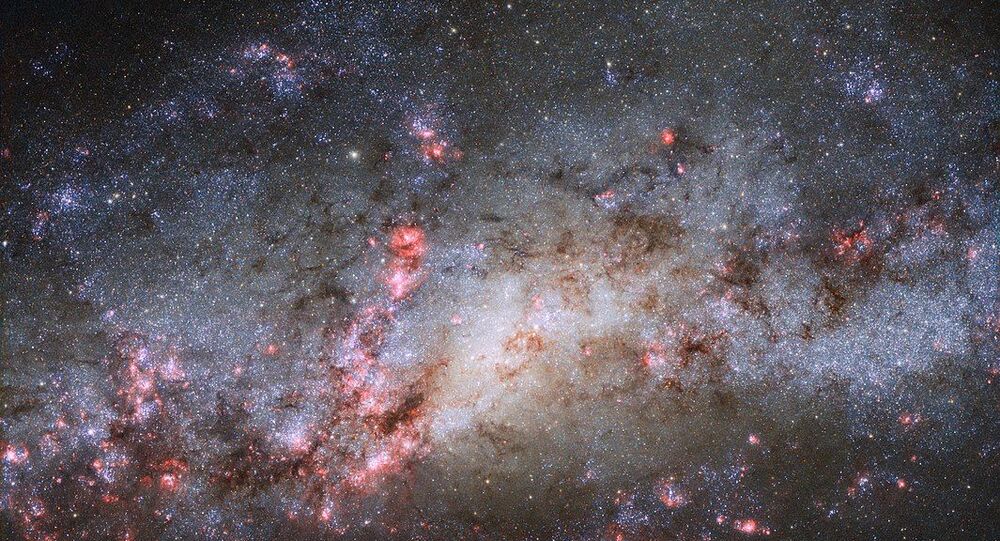 Starburst galaxy NGC 4490, also called the Cocoon Galaxy, is a barred spiral galaxy in the constellation Canes Venatici, and is located 25 million light-years from Earth.

A true rarity has been hiding in the Cocoon Galaxy, which apparently holds not one, but two central nuclei, astronomers Allen Lawrence, C. R. Kerton, Curtis Struck and Beverly J. Smith reveal in an article which has been accepted for publication in the Astrophysical Journal.

According to the astronomers' observations, one nucleus can be seen in optical wavelengths while the other is concealed in dust and can only be viewed in infrared and radio wavelengths.

© Photo : nrao/aui/nsf, b. saxton
Newly Found Monster Galaxy Turns Astronomers’ Models About Galactic Behaviour on Their Head
Despite the fact that scientists had examined one nucleus with optical telescopes, and seen another with radio telescopes, no one had previously compared notes and discovered that there were two nuclei in the galaxy.

The astronomers consider the most probable reason for the presence of a double core in the Cocoon galaxy to be that the galaxy NGC 4490 itself represents the remnants of a collision between galaxies at a late evolutionary stage. This version also explains the presence of a giant cloud of hydrogen surrounding a system of two galaxies, the authors emphasise.