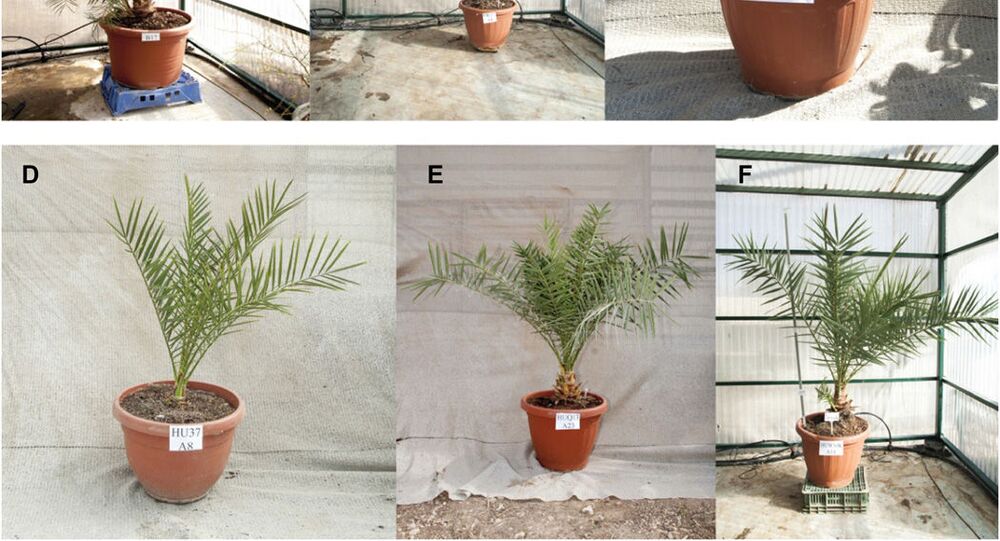 Scientists managed to grow a date palm, which was praised in the works of Herodotus, Galen, and Pliny the Elder, using seeds that have been preserved for two thousand years.

The accomplishment, which was documented in research published in Science Advances, provides new confirmation of the long-term viability of the seeds of ancient succulents, while also revealing insights into the highly sophisticated cultivation practices that produced Judean dates.

"The current study sheds light on the origins of the Judean date palm, suggesting that its cultivation, benefiting from genetically distinct eastern and western populations, arose from local or introduced eastern varieties, which only later were crossed with western varieties," the researchers wrote in their paper. "These findings are consistent with Judea's location between east-west date palm diversification areas, ancient centres of date palm cultivation, and the impact of human dispersal routes at this crossroads of continents."

The date palm seeds were found in the ancient palace fortress built by King Herod the Great, as well as in caves located in southern Israel between the Judean Hills and the Dead Sea. The team of scientists, led by Sarah Sallon of the Hadassah Medical Organisation in Israel, selected 34 seeds they thought were the most viable. One was separated out as a control; the remaining 33 were carefully soaked in water and fertiliser to encourage germination.

One more seed was found damaged after being put in the water, while the remaining 32 seeds were planted. Out of those, six were able to successfully sprout. Scientists named the newborn palms Jonah, Uriel, Boaz, Judith, Hannah and Adam.

"Described by classical writers including Theophrastus, Herodotus, Galen, Strabo, Pliny the Elder, and Josephus, these valuable plantations produced dates attributed with various qualities including large size, nutritional and medicinal benefits, sweetness, and a long storage life, enabling them to be exported throughout the Roman Empire," the researchers wrote. "Several types of Judean dates are also described in antiquity including the exceptionally large 'Nicolai' variety measuring up to 11 centimetres."

The team now aims to study the secret of the viability of the seeds, which could have important implications for agriculture. They also want to study why once-rich date groves gradually declined after the fall of the Roman Empire, reconstructing the cultivation process.

"As new information on specific gene-associated traits (e.g., fruit colour and texture) is found, we hope to reconstruct the phenotypes of this historic date palm, identify genomic regions associated with selection pressures over recent evolutionary history, and study the properties of dates produced by using ancient male seedlings to pollinate ancient females," the researchers wrote. "In doing so, we will more fully understand the genetics and physiology of the ancient Judean date palm once cultivated in this region."