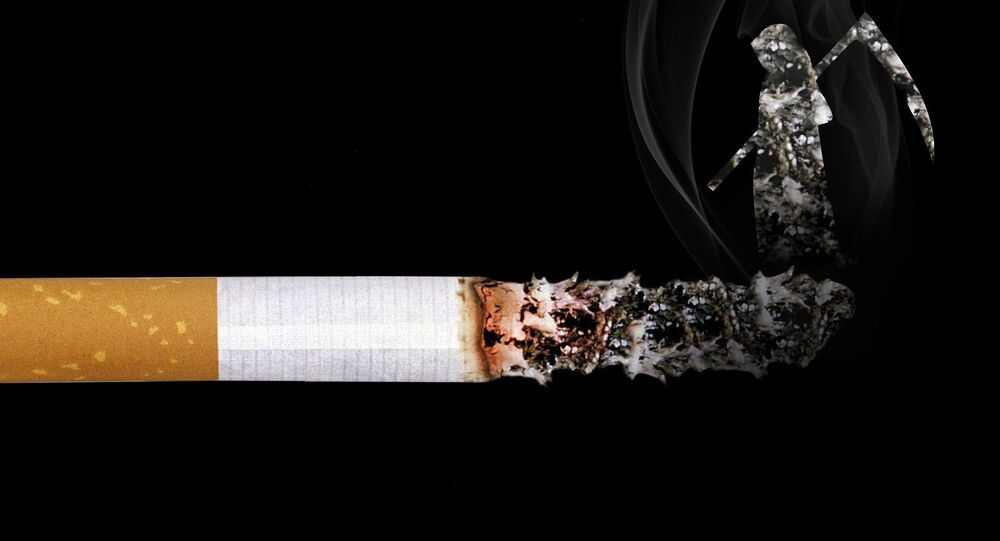 New research suggests that even after being extinguished, one cigarette will still produce, among other airborne emissions, 14 percent of the nicotine that an actively burning cigarette would.

An analysis for the United States Food and Drug Administration (FDA) published in the International Journal of Indoor Environment and Health and Science of the Total Environment discovered that concentrations of nicotine and triacetin - a plasticiser in cigarette filters – still can be found around extinguished cigarettes even five days later.

"I was absolutely surprised," says environmental engineer Dustin Poppendieck from the United States National Institute of Standards and Technology (NIST). "The numbers are significant and could have important impacts when butts are disposed of indoors or in cars."

To measure airborne emissions from this forgotten remnant, Poppendieck and his team placed 2,100 recently extinguished cigarettes inside a walk-in chamber made of stainless steel. Using a machine that mimics the behaviour of actual humans with robotic-like movements, the scientists smoked these cigarettes and sealed away the freshly-extinguished ends.

The ends were measured for eight chemicals commonly emitted by cigarettes, four of which the FDA has their eye on for being harmful or potentially so. The scientists tested how emissions changed under certain conditions, noticing that the butts emitted these chemicals at higher temperatures.

"Hence," the study authors conclude, "the emitted nicotine mass from a butt over five days could be comparable to the nicotine mass emitted from mainstream and sidestream smoke, especially at higher temperatures."

The findings are limited because they only implicate one leading brand of cigarettes and there are few other studies to compare them to, however scientists noted that it underlines the dangers that ashtrays and not fully extinguished cigarette butts pose for health.

"You might think that by never smoking in your car when kids are present, you are protecting the nonsmokers or children around you," Poppendieck says. "But if the ashtray in your hot car is full of butts that are emitting these chemicals, exposure is happening."

Video: US Man Lights Up Marijuana Cigarette While in Court For Pot Charge