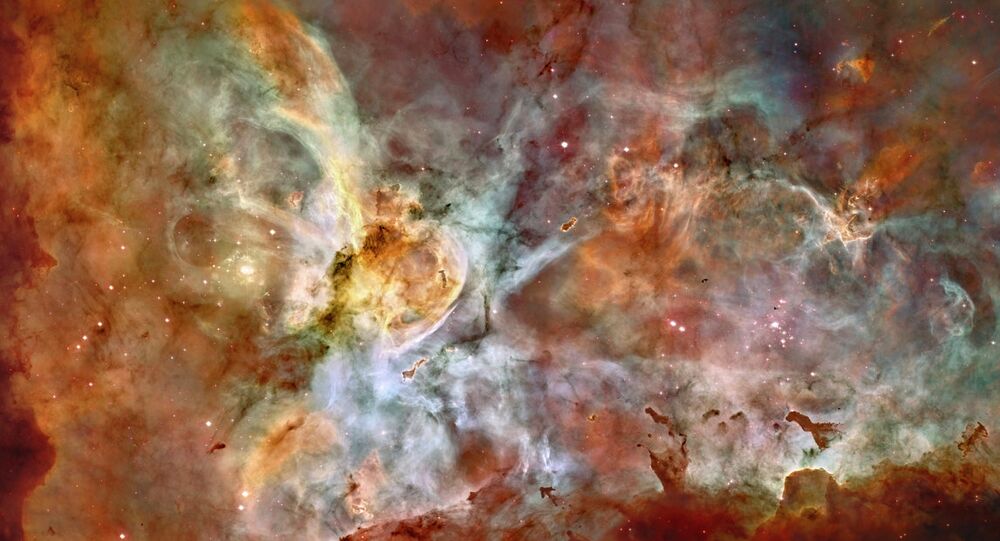 Although astronomers have been watching stars and other formations for decades with tools and devices getting better and more sophisticated year by year, there have been only three sightings of a so-called accretion burst event, when a star swallows up a huge amount of matter during its formation.

An international team of astronomers has spotted and recorded a rare phenomenon of an accretion burst event, which could shed light on how high-mass stars form and grow. As Associate Professor James Okwe Chibueze from North-West University revealed in his article for Space.com, the rare burst was first detected in 2016.

This prompted researchers in Japan, Poland, Italy, China, Russia, Australia, New Zealand and South Africa to join forces in the specially created Maser Monitoring Organisation (M2O). Using radio telescopes in different parts of the world, they were able to hunt for flares of these masers, a microwave equivalent of a laser, which could signal that a giant star is forming. These flares are stimulated by the funneling of matter into such a newborn giant, which swallows it and prompts a burst, brightening masers, as researchers suggest.

Such brightened masers were detected by Japan’s Ibaraki University in January 2019 at the massive protostar, known as G358-MM1. As their colleagues from the Australian Long Baseline Array discovered, this was a yet-unseen phenomenon - a blast of heat-wave from a massive forming star.

© NASA . CXC/M.Weiss
Giant Stars Devour Each Another Causing One of Most Epic Supernova Blasts to Date, Study Says
As the astronomer points out, this was the third phenomenon of this kind to have ever been observed by scientists, but the previous two are not the same, suggesting it is some kind of variation of the burst. Although the blast, which can last up to a few months, has already finished, the masers are still brightened, so the astronomers’ “watch” continues.
...
Reddit
Google+
Blogger
Pinterest
StumbleUpon
Telegram
WhatsApp
80

Exploding Star Could Have Killed Off Megalodon Shark, Research Reveals

'Too Big to Exist': Neutron Star ‘Teetering on the Edge of Existence’ Detected in New Research