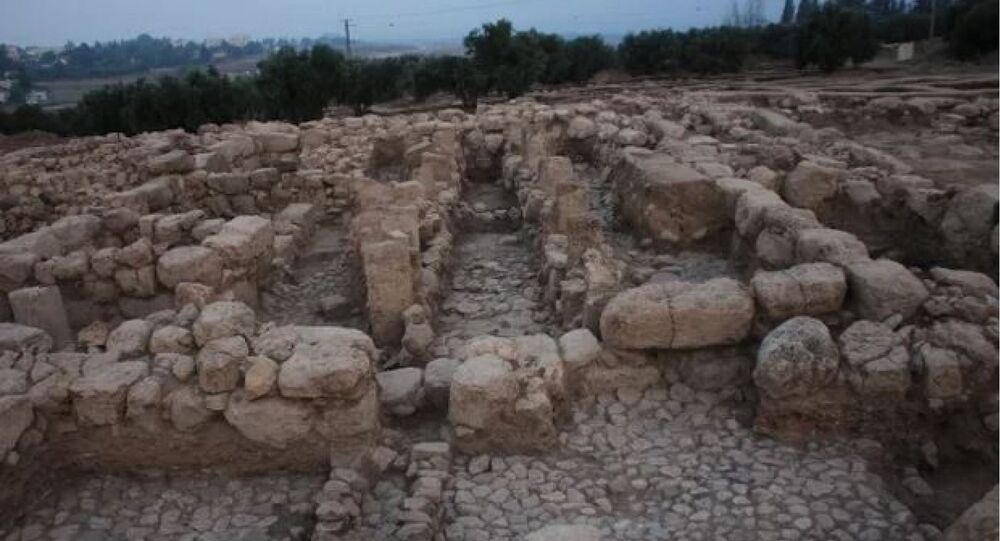 Despite the important archaeological discoveries made there, the site where the estate was found is apparently expected to vanish due to the construction of a local road.

A huge complex which possibly served as a rural estate under the ancient kings mentioned in the Bible has been unearthed by archaeologists in northern Israel, Haaretz reports.

According to the newspaper, the discovery was made at the Horvat Tevet site located in the vicinity of the modern-day city of Afula, during a salvage dig conducted prior to the construction of a road.

Archaeologists believe that about 2,900 years ago, the estate served as "a key site for Israelite officials to collect and redistribute agricultural produce from the surrounding region".

"The century during which Horvat Tevet was a royal estate was also the century during which the Kingdom of Israel was born, and this opens up a window on the early relations between the tribes of Israel, its birth as a kingdom and its political mechanisms of control," Dr. Omer Sergi, an archaeologist from Tel Aviv University who co-directs the research at the site, said.

The most prominent remains at the complex apparently date back to the Iron Age, and were built during the time of the Omrides dynasty.

"When you go inside the main building at Horvat Tevet, you are standing in the best preserved building of the House of Omri ever found in Israel," Dr. Sergi remarked.

Despite the importance of the discoveries made there, Horvat Tevet is apparently expected to become another archaeological site in Israel "to be covered or destroyed by modern development projects", the newspaper notes.