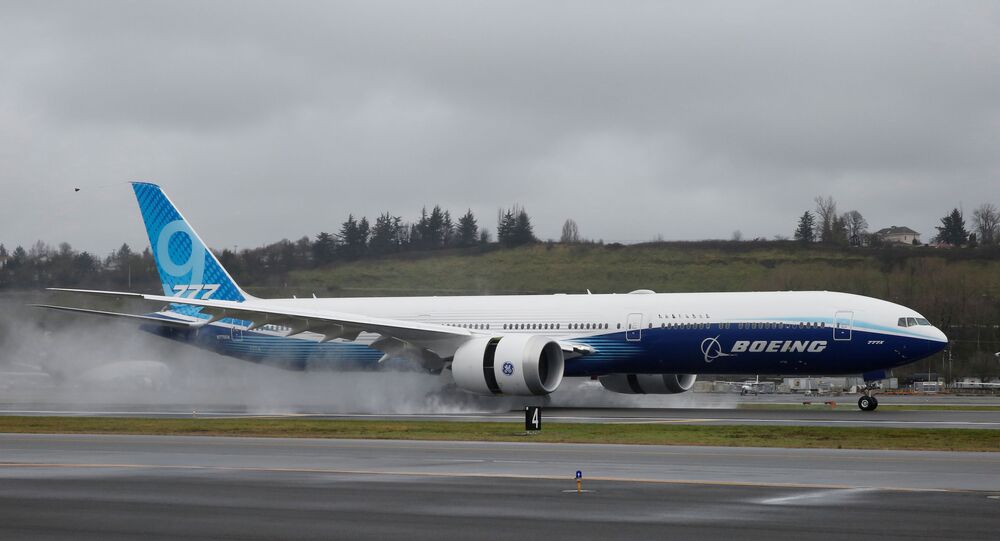 Boeing's new model, officially known as the 777-9, is distinguished by folding wingtips and the world's largest commercial engines, which are wide enough to swallow the fuselage of its smaller 737 MAX.

The 777X made its first flight over Washington state at 10:09 am local time and landed at 2:00 pm outside Seattle. Previously, the company had to put off two earlier attempts due to high winds.

The company published several tweets on the details of the flight.

The first Boeing #777X is in flight. After a few hours of flying, the jet will land at Boeing Field in Seattle, Washington.

The #777X is en route and currently flying over eastern Washington. Visit our 777X event webpage to continue to track the flight: https://t.co/vORmt9mQ67 pic.twitter.com/uSfN2CvCmD

Preparing for landing. The new #777X is on final approach to Seattle’s Boeing Field after hours of testing over Washington state.

Join us #live soon to watch the airplane touch down: https://t.co/5Gu2KtsMJz pic.twitter.com/h7x1Vs3DWR

Congratulations to our customers and #777X team on today’s safe and successful flight, the first of many for the 777X as we continue our rigorous test program.

Continue the journey with us, signup for updates here: https://t.co/n7t9Os5Q6Y pic.twitter.com/rawf73V6x5

Earlier in the day, Boeing officials said, as quoted by Reuters, that the maiden flight would continue 3-5 hours and then the model would be tested for months before the jetliner enters service with Emirates in 2021.

“To me, this is the flagship for the big airlines around the world ... it represents the great things we can do as a company”, 777X marketing director Wendy Sowers added.

According to information on the company's website, the new Boeing 777X is expected to be the world’s largest and most efficient twin-engine jet, which will deliver 10 percent lower fuel use and emissions and 10 percent lower operating costs than the competition.

The Boeing 777X has new GE9X engines, as well as greater cabin width and new composite wings. The aircraft was designed to hold 400 people, on average.

The company has said that 309 of the aircraft, worth more than $442 million each, were already purchased.