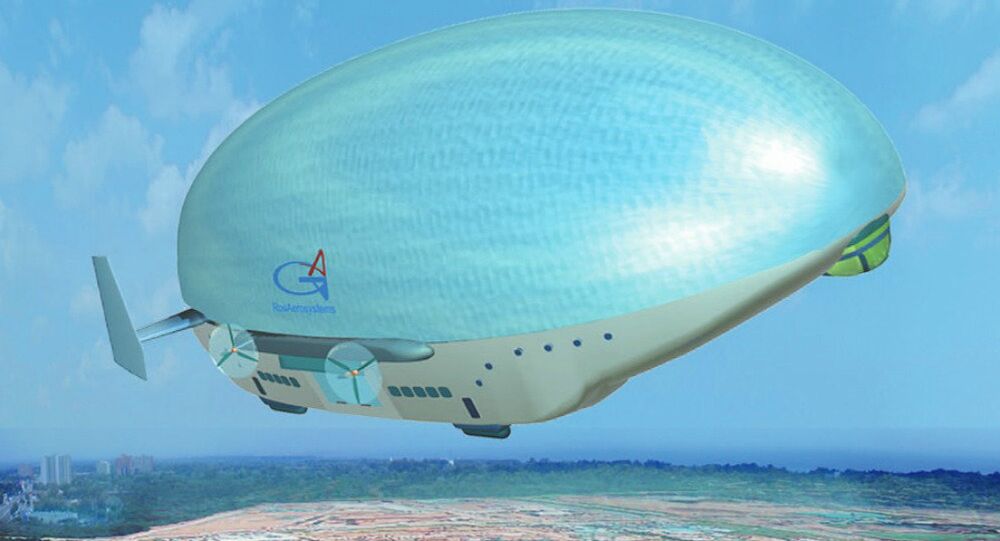 Although the use of airships declined significantly by the mid-20th century thanks to the ever-increasing capabilities of airplanes, this unique form of aerial transportation technology has enjoyed something of a renaissance in recent years thanks to renewed interest in multiple countries, including Russia.

The Yuri Gagarin Cosmonaut Training Center has proposed the creation of a fleet of ten modern airships to engage in search and rescue operations in emergency situations emanating from the new Vostochny Cosmodrome in Russia’s Far East.

The proposal, published on the center’s website, says the airships’ technical specifications include a sling for the transportation of the landing capsule of the Oryol, the next-generation crewed spacecraft presently in development by Russia’s Energiya Rocket and Space Corporation.

The airships’ duties will also include evacuating crews in the event of a water landing. It’s proposed to house the airships at two separate aerodromes – one at Vostochny Cosmodrome and another on Sakhalin Island or in the Kamchatka peninsula.

The proposal estimates that the development and production of the first airship will cost 2.8 billion rubles (about $45 million) and take three-and-a-half to four years to complete. The remaining airships are expected to run 1.7 billion rubles apiece ($27.4 million).

Last summer, Igor Verkhovsky, a senior official at Energiya corporation, warned that crews of the Oryol programme could face mortal danger in the event of a failed launch from Vostochny Cosmodrome due to the lack of sufficient search and rescue capabilities in Russia’s Far East. Roscosmos promised to find a solution to this problem. In July 2019, the Alekseyev Centreal Hydrofoil Design Bureau proposed the revival of the Ekranoplan, the massive ground effect vehicle invented by Soviet engineers capable of gliding over the water’s surface at high speeds, to provide Russia’s space agency with the necessary search and rescue capability. The design bureau calculated that this project could take up to five years to get off the ground.

The proposal for the creation of a new class of airships is not new. Russian and foreign engineers from various sectors have been working on a variety of airship designs for well over a decade, with Augur RosAeroSystems designing the Atlant-30, a massive airship with a cargo capacity of up to 16 tonnes with strong potential for use by the Russian military and in the Arctic. Engineers have also developed the Peresvet mobile aerostatic complex, an unmanned aerostat system with a smaller 300 kg payload capable of providing long-range radio communications, monitoring and reconnaissance.

In development for most of the past decade, the Oryol next-generation partially reusable crewed spacecraft project is a crucial component in the Russian space sector’s ambitious plans to send cosmonauts to the Moon and to Mars. The project is expected to start manned test flights to the International Space Station in 2025, with a Moon flyby set for 2029, and a Moon landing currently planned for 2030.