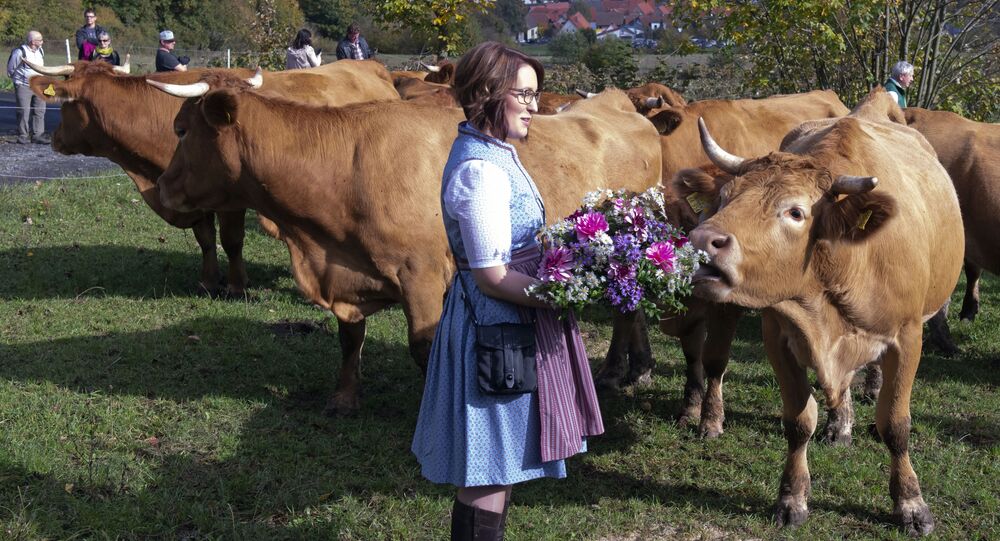 Holy Mooo! New Study Finds That Cows Communicate With Each Other Through Lowing

Previous research on cows found that mothers and their offspring can talk to each other using moos. Scientists say the new research can help farmers to better understand animals and improve their well-being.

A team of international scientists claims cows can communicate with each other through lowing. The study published in Scientific Reports on 5 December 2019 says animals express different emotions while lowing, including distress, excitement and, ooh, la la, arousal. Alexandra Green, lead author of the study, said cows communicate with each other in different situations, for example, when they are waiting for or not given food, or when they are separated from the herd.

Scientists recorded vocalisations of 333 Holstein-Friesian cows and then analysed them using what was called "Google translate for cows". Alexandra Green says that each animal has a distinct voice. "Cows are gregarious, social animals. In one sense isn't surprising they assert their individual identity throughout their life. This is the first time we have been able to analyze voice to have conclusive evidence of this trait”, she said.

Researchers say that their study can help farmers to better understand their animals as well as assist them in "detecting cattle for welfare or production purposes".