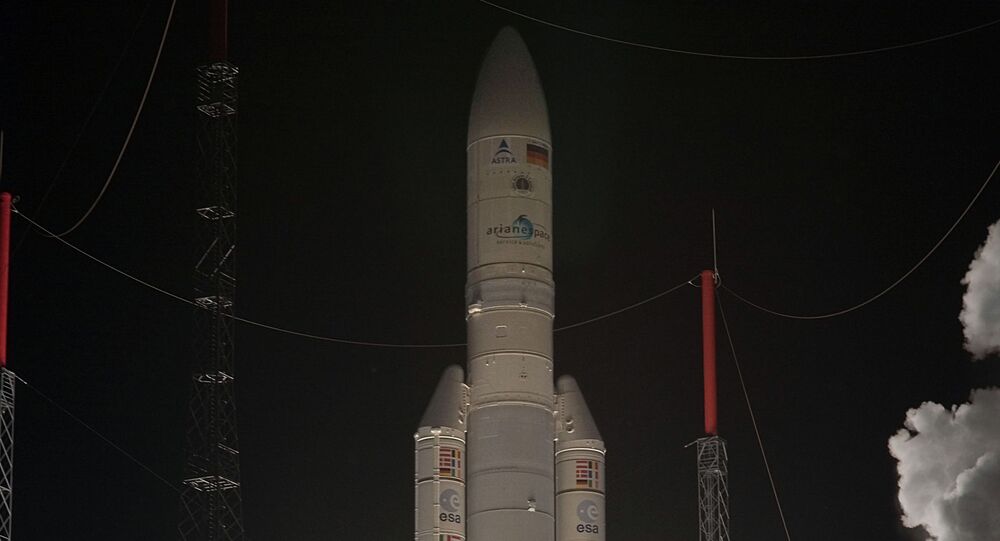 The Ariane-5 heavy-launch vehicle is set to blast off for the first time in 2020 from the Guiana Space Centre in Kourou, French Guiana. The launch, expected to increase the Indian and European orbital telecom fleet with two new satellites, is scheduled to occur between 21:05 GMT and 23:00 GMT on Thursday.

The rocket is loaded with two space vehicles: Eutelsat Konnect for the operator Eutelsat, and GSAT-30 for the Indian Space Research Organization (ISRO).

According to the French-based space company, Eutelsat Konnect will be the 34th Eutelsat satellite launched by Arianespace since its first mission for this operator, which deployed Eutelsat-1 F1 in 1983.

The cutting-edge vehicle is designed "to provide Internet access services for companies and individuals alike at up to 100 Mbps. The satellite will help to fight against the digital divide by bringing broadband Internet across 40 countries in Africa and 15 countries across Western Europe".

The 107th Ariane 5 mission, which also marks the company's 40-year anniversary since its creation, will be broadcast live.

Russia, US to Discuss Lunar Gateway Station 'Closer to Spring' - Head of Roscosmos