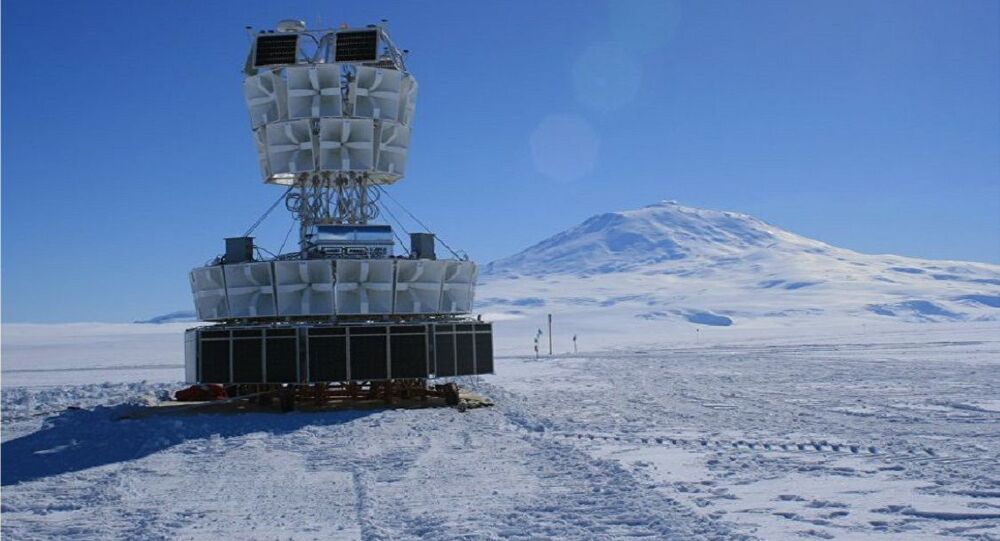 Antarctica, Earth’s lonely, almost totally uninhabited seventh continent, has been known for its many mysteries, with scientists regularly puzzled regarding some of the unexplainable phenomena going on there. Now, scientists engaging in painstakingly detailed observation of physical processes say they’ve found something that should be impossible.

A new ‘impossible’ type of particle has been picked up by the Antarctic Impulsive Transient Antenna (ANITA) experiment's particle detector balloon, NewScientist has reported, citing data compiled by researchers in 2006 and 2014, and processed and compiled into an academic paper in The Astrophysical Journal by researchers from the South Pole-based IceCube Neutrino Observatory.

According to researchers, particles which appeared to be “extremely high-energy neutrinos” detected by ANITA’s sensors have demonstrated the ability to travel ‘through’ our planet, something that should be impossible.

Under the Standard Model of particle physics, less energetic neutrinos (i.e. subatomic particles bearing similarities to electrons, but with no electrical charge and a tiny mass which arrive on our planet from the Sun), are easily able to pass through physical matter due to their characteristics.

However, the issue with the neutrinos found in the data cited by researchers is that they carry extremely large amounts of energy, meaning that they should theoretically interact with other particles on our planet, but somehow don't.

“It’s commonly said that neutrinos are ‘elusive’ or ‘ghostly’ particles because of their remarkable ability to pass through material without smashing into something,” Alex Pizzuto, study coauthor and graduate student at the University of Wisconsin-Madison’s department of physics, said in an IceCube press release.

“But at these incredible energies, neutrinos are like bulls in a china shop – they become much more likely to interact with particles in Earth,” the physicist explained.

Having discovered these particles, physicists have been left scratching their heads regarding how their behaviour is possible under the Standard Model. Complicating matters is the fact that scientists still don’t know these high-energy neutrinos’ source of origin.

Pizzuto confirmed that “our analysis ruled out the only remaining Standard Model astrophysical explanation of the anomalous ANITA events.” Accordingly, he speculated that “if these events are real and not just due to oddities in the detector, then they could be pointing to physics beyond the Standard Model.”

Situated at the Amundsen-Scott South Pole Station, the IceCube Neutrino Observatory consists of over 5,000 optical detectors, picking up the movement of neutrinos as they interact with hydrogen or oxygen atoms in the ice. ANITA, meanwhile, searches for high-energy neutrinos by flying a balloon over the continent with a radio antennae pointed toward the ground.

Ibrahim Safa, another U W-M graduate student involved in the research, says that for the mystery to be solved, scientists will most likely “have to wait for the next generation of experiments, which will increase exposure and sensitivity, to get a clear understanding of this anomaly.”

In the meanwhile, researchers will be left to speculate on how these high-energy ‘ghost particles’ are able to exist, and where they come from.