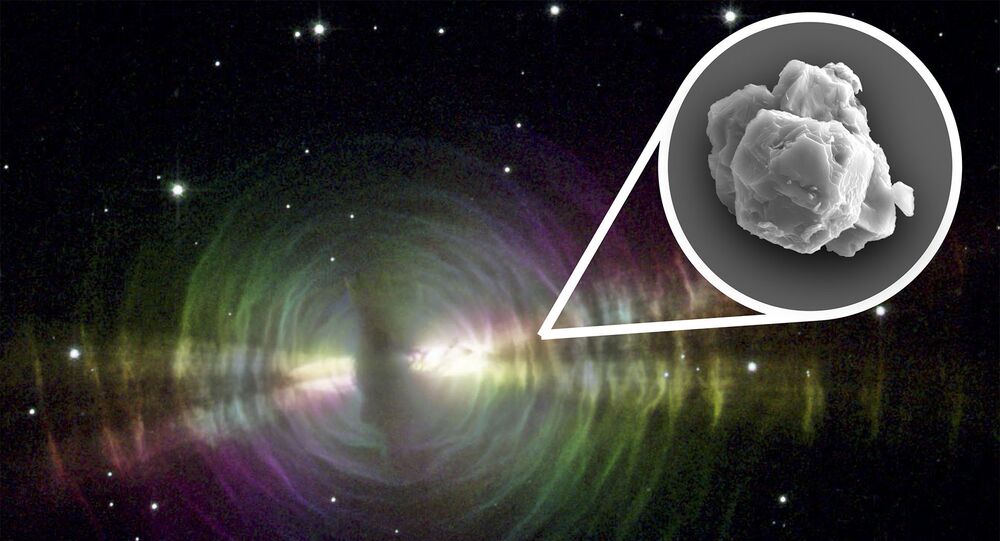 The Australian town of Murchison rose from obscurity to international (astronomical) fame after a large meteorite landed nearby on 28 September 1969. It picked up some indestructible chemicals as it floated through space, which are said to be up to 7 billion years old.

The oldest known material on Earth predates the birth of our Solar System and Earth itself.

It has been known for quite a while that the Murchison meteorite, a massive space rock that hit Australia in 1969, has brought to Earth so-called pre-solar grains – solid matter by the outflows of dying stars. It is only five decades after its fall that their age has been verified.

Pre-solar grains typically consist of minerals such as nanodiamonds, graphite, sapphire, and olivine. The stardust grains tucked away in the Murchison meteorite are made up of silicone carbide.

The researchers, who published their findings in Proceedings of the National Academy of Sciences, were able to determine the age of the stardust grains by measuring their exposure to cosmic rays.

“Some of these cosmic rays interact with the matter and form new elements,” lead study author Philipp Heck explained in a statement. “And the longer they get exposed, the more those elements form. I compare this with putting out a bucket in a rainstorm. Assuming the rainfall is constant, the amount of water that accumulates in the bucket tells you how long it was exposed.”

The oldest grains were dated to more than 7 billion years ago, while many of the grains extracted were between 4.6 and 4.9 billion years old.

“We have more young grains than we expected,” he added. “Our hypothesis is that the majority of those grains, which are 4.9 to 4.6 billion years old, formed in an episode of enhanced star formation. There was a time before the start of the solar system when more stars formed than normal.”

To put this in perspective, the Sun formed around 4.6 billion years ago, approximately one-third the age of the universe, while Earth is estimated to be 4.54 billion years old, give or take 50 million years.

Heck noted that the study provides evidence that the star formation rate – a key component used to describe the evolution of galaxies – is not constant.

“Thanks to these grains, we now have direct evidence for a period of enhanced star formation in our galaxy seven billion years ago with samples from meteorites.”