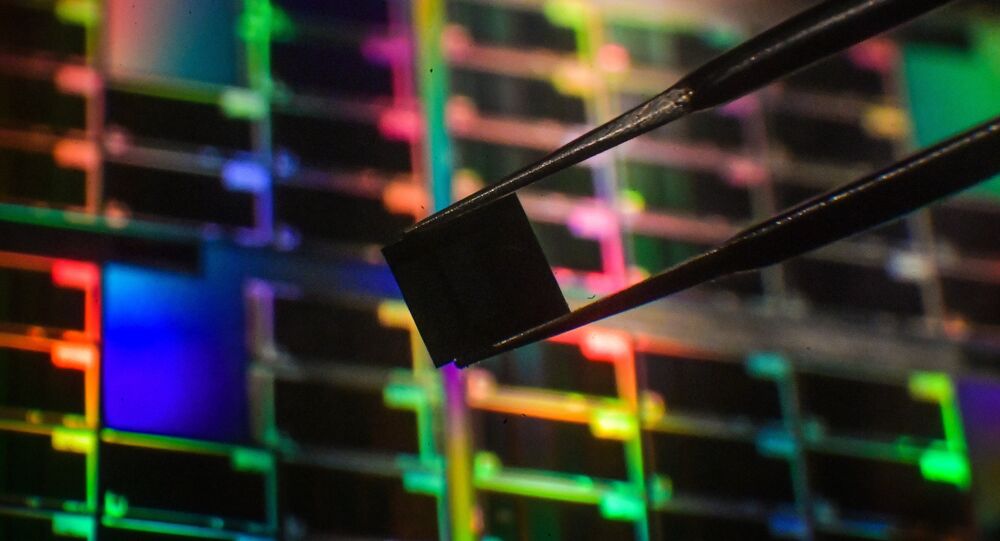 While not as powerful as the Large Hadron Collider (LHC), the new particle accelerator chip can become a powerful instrument for studying some of the fundamentals of particle physics.

The first model is still a prototype, yet the team from Stanford University behind the invention is hopeful that it's a first step towards providing a more compact alternative to the well-known massive particle accelerators, like LHC.

"The largest accelerators are like powerful telescopes," says electrical engineer Jelena Vuckovic. "There are only a few in the world and scientists must come to places like SLAC to use them. We want to miniaturise accelerator technology in a way that makes it a more accessible research tool."

Researchers were able to turn to the much shorter wavelengths of lasers rather than the conventional microwave acceleration used at accelerators such as SLAC. They carved a nanoscale channel out of silicon, sealed it in a vacuum, and then propelled electrons through it using pulses of infrared light.

The researchers said they used the “inverse” approach – first they determined how much light energy they wanted to deliver, and then worked backwards to create nanoscale structures capable of delivering it, marking the first successful attempt to build an entire accelerator system so small.

"You not only have to demonstrate the ability to couple the laser light to the electrons in these very small structures, but you have to generate the electrons and have them also be transmitted by the channel," physicist Robert Byer, from Stanford University, told Sophie Bushwick at Scientific American.

The research, published in Science, outlines that the development of smaller accelerators will lead to cheaper and easier access to the technology for researchers in chemistry, biology and materials science, replacing their larger analogs in a way similar to how PCs replaced mainframe computers that used to take up entire rooms.