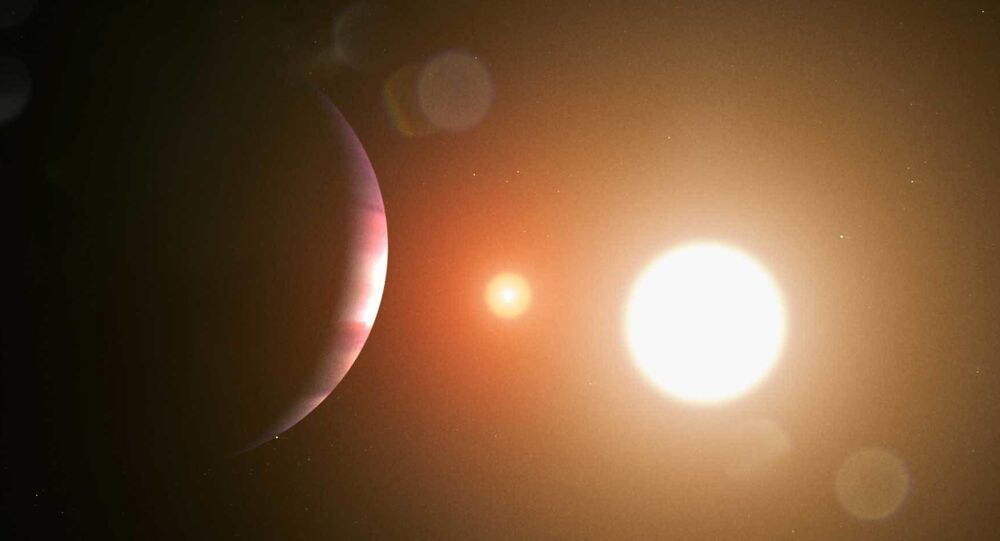 A new planet 6.9 times larger than Earth was recently discovered by none other than a New York teen who has not even graduated high school, but did have the opportunity to intern at NASA’s Goddard Space Flight Center in summer 2019.

Wolf Cukier, 17, went from intern to exoplanet hero at NASA’s Goddard Space Flight Center in Greenbelt, Maryland, after discovering a new circumbinary planet dubbed “TOI 1338-b” while observing a foreign system nearly 1,300 light-years from our Earth.

Data published by NASA revealed the planet, which is believed to be the sole planetary body in the TOI 1338 solar system, orbits its stars every 95 days. The stars themselves orbit each other every 15 days, causing TOI 1338-b to experience regular stellar eclipses. While one of the stars is said to be approximately 10% larger than the Earth’s sun, NASA described the other sun as being “cooler, dimmer” and said it has “only one-third” of our sun’s mass.

“What is interesting about this planet in particular is that there’s two stars which it orbits,” Cukier told the hosts of ABC’s “Strahan, Sara & Keke” on Thursday.

“The idea is we have a telescope that happened to be pointing at these stars, and the planet passed between those stars and our telescope,” the 17-year-old explained, recounting his July experience. “And just like when the moon eclipses the sun, it creates a dimming of light from those stars. What we did was, I noticed that dimming, and that was evidence that something was there, and it happened to be a planet.”

According to the teen, recently obtained data from the Transiting Exoplanet Survey Satellite (TESS) mission made it possible to examine these far-out systems that were previously hidden due to technological constraints.

Cukier went on to tell ABC News in another interview that although he made his discovery during the third day of his internship, the work to confirm his findings proved to be quite laborious.

"I had a lot of data in my notes that day about extremities in the binaries … but when I saw this one, I put 10 asterisks next to it,” he said. "Our confidence went up and down a couple of times, but by the end of the internship, we were confident that what we found was a planet.”

Not only did Cukier and the team’s research mark the first confirmed discovery of a circumbinary planet for the TESS program, but their work was also recently featured at a panel during the 235th American Astronomical Society meeting in Honolulu, Hawaii, on January 6.

The 17-year-old told ABC that he plans to keep in touch with NASA to continue his research and is also currently seeking out scientific journals to publish a paper related to the discovery.

"Future research would involve finding more planets," he said. "We don’t have a large sample size of binary system planets."