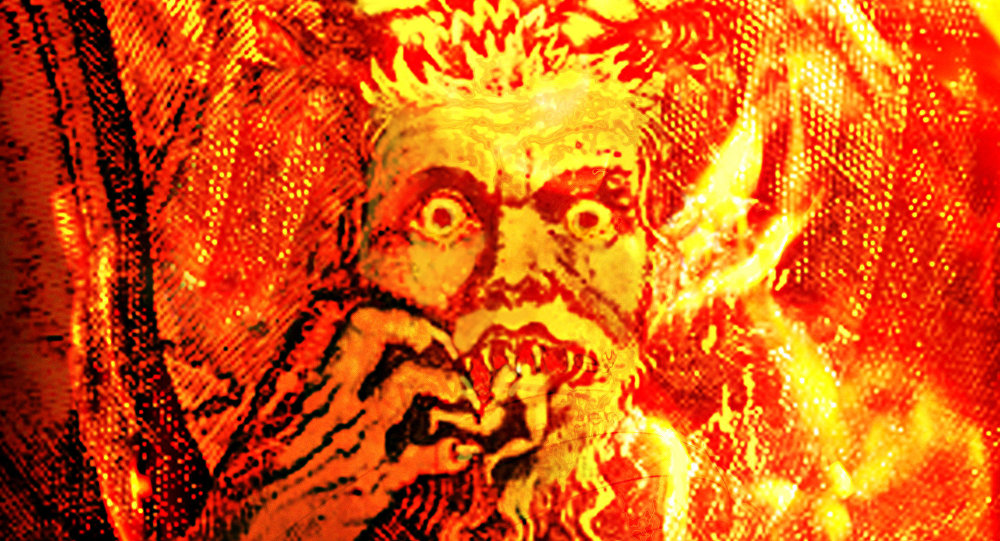 The inscription on the tablet includes cures for convulsions, twitches and other similar muscle-related problems, which were known as “Bennu” by the Assyrians and which are nowadays referred to as symptoms of epilepsy.

A Danish researcher has discovered a drawing of a demon blamed for epileptic seizures on a 2,700-year-old Assyrian clay tablet.

Assyriologist Troels Pank Arbøll from the University of Copenhagen made the stunning discovery when he was inspecting a tablet of ancient writing at the Vorderasiatisches Museum in Berlin.

“I was the first one to notice the drawing, despite the text having been known to researchers for decades. So it is not easily seen today unless one knows it is there due to the damage on the manuscript”, Arbøll told the website Live Science.

A drawing of a demon blamed for Bannu (epileptic seizures) has been discovered on a well known 2,7000 year old Assyrian clay tablet.

The tablet comes from a family of exorcists who lived in 650 B.C. in the city of Assur, now northern Iraq. pic.twitter.com/RgKhgd1BYG

He described the drawing as a depiction of “the actual demon, instead of other comparable drawings, which generally depict a figurine made during a ritual to remove the illness”.

He said that the tablet came from the library of a family of exorcists who lived in about 650 B.C. in the city of Assur, which is currently the territory of northern Iraq.

In his research, he pointed out that the demon, known as Bennu, has "curvy horns, a serpent's tongue and possibly a reptile-like eye”.

He added that the scientists had known for a long time that the Assyrians and Babylonians perceived diseases as phenomena that were caused by gods, demons or witchcraft”, something that healers were dealing with.

“But this is the first time that we have managed to connect one of the very rare illustrations of demons in the medical texts with the specific disease epilepsy, which the Assyrians and Babylonians called Bennu”, Arbøll pointed out.

The tablet’s inscription that includes cures for symptoms of epilepsy, is written in cuneiform, an ancient system of letters created by pressing a triangular stylus into softened clay.