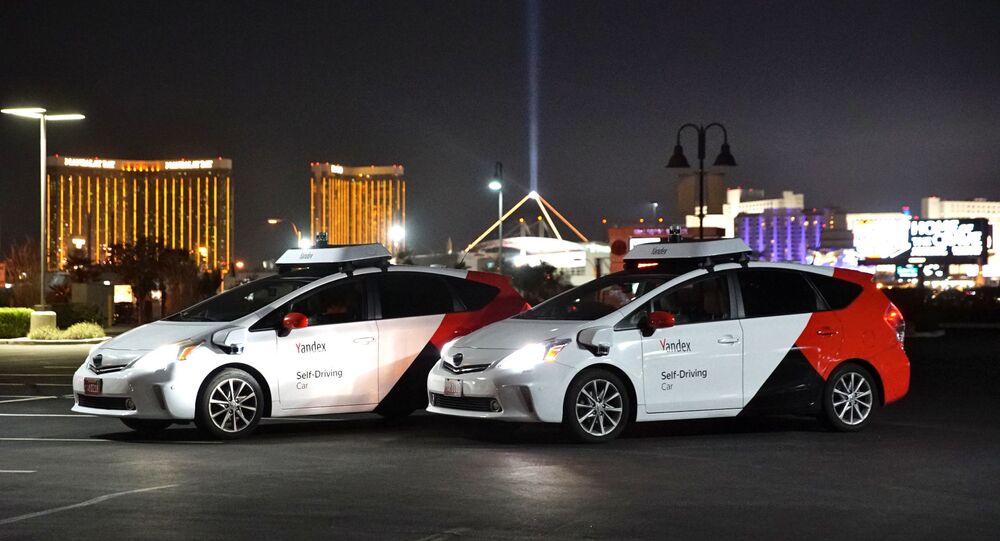 Attendees were surprised to see the self-driving cars roving on the streets of Las Vegas without a cabbie behind the wheel, with numerous journalists taking a spin in Russia's latest experiment in machine-to-machine (M2M) learning.

The Russian tech behemoth offered demos of its retrofitted Toyota Prius models in neighbourhoods around the Hard Rock Hotel in realistic driving conditions such as heavy car and pedestrian traffic, as well as reaching speeds of up to 45 mph, with new proprietary lidar sensors, radar and software aiding this year's travels.

​Dmitry Polishchuk, Head of Yandex Self-Driving, said that he was happy to "be back in the US" the CES 2020 "for the second year in a row".

Technologies used in the self-driving cars had "improved tremendously" after gaining over 1.5m autonomous miles in test runs via numerous traffic situation, he said.

Mr Polishchuk added: "Constantly driving our cars in challenging environments in Russia, Israel, and the US improves their safety, navigation capabilities, and adaptability to diverse driving conditions.

The BBC's technology reporter, Zoe Kleinman, shared her experience, stating that it was "disconcerting" but "exhilarating" 20-minute ride in a Yandex robo-taxi.

"It's a disconcerting thing to be sitting in the backseat of a car with nobody between you and the windshield, especially when that vehicle is travelling at 40mph (64km/h) with pedestrians nearby," she said.

Alexei, an engineer with a "comically large red" killswitch button, accompanied her on the journey in case of any emergencies. "They wouldn't let me press it", she added.

She added: "But as we hit speeds of 44mph on our 20-minute driverless drive, we changed lanes numerous times and negotiated busy junctions without human input - emergency or otherwise."

Marcus Brownlee, New York City based YouTuber and tech guru, was also invited to take a ride after receiving an invitation from Yandex via email.

"This really feels like the future, I gotta say," he said following his demo ride.

He added that despite engineers mapping the testing zone before the ride, the car was able to make autonomous decisions based on traffic conditions, including visualising roads in real-time via an iPad Pro near the dashboard.

He added: "The reactions from other people was pretty great. There's people pulling out their phones to record the driverless car. People kind of stare at stop lights after realising what's going on, and apparently, Las Vegas cops think it's pretty funny, too."

Yandex is set to travel to Detroit, the automotive capital of the US, for further demonstrations at the June 2020 North American International Auto Show. The company fleet has jumped from 10 to 100 vehicles since CES 2019 and has offered more than 5,000 robo-taxi rides. Yandex, which operates in 34 offices globally, has been providing intelligent products and services using M2M learning, as well as data, mobile app, search engine and cloud services since 1997.

Yandex Gets Permission to Test Self-Driving Cars in Tel Aviv