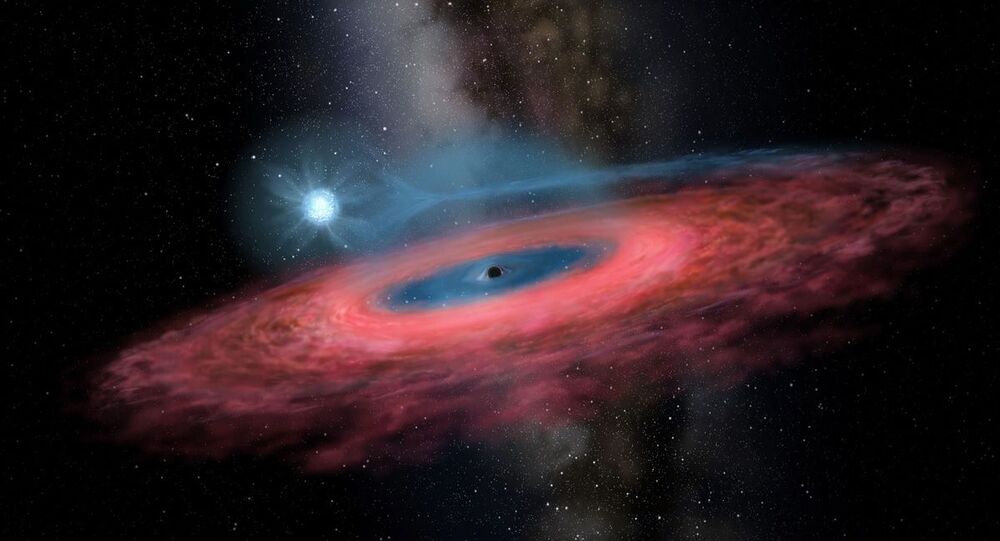 Born shortly after the Big Bang, supermassive black holes have perplexed astronomers for years, as they puzzle over how the cosmic monsters with masses millions or billions of times larger than the sun came into being.

Scientists may be one step closer to finding out how supermassive black holes with masses millions or billions of times larger than the sun came into being, as new observations have revealed an amazing discovery presented at the American Astronomical Society's meeting in Honolulu, Hawaii, on 4-8 January, 2020.

A lot about the formation of black holes remains a mystery, particularly when it comes to the initial masses of the progenitors, or "seeds", of supermassive black holes. The "seed" black holes that might exist in the Universe are too far away to offer any clues.

So a team of scientists puzzling over the mystery identified 13 dwarf galaxies within a billion light year radius of the Earth that they say "almost certainly" harbor a black hole.

According to the study, A New Sample of (Wandering) Massive Black Holes in Dwarf Galaxies from High Resolution Radio Observations, still awaiting peer review, published in pre-print last year, the astronomers unexpectedly came across black holes "wandering" in dwarf galaxies in the process.

"This work has taught us that we must broaden our searches for massive black holes in dwarf galaxies beyond their centers to get a more complete understanding of the population and learn what mechanisms helped form the first massive black holes in the early Universe," co-author Amy Reines, an assistant professor at Montana State University, said in a statement.

Dwarf galaxies, with masses approximately 100 times smaller than the Milky Way, are thought to be some of the smallest in the Universe to possess black holes.

The black holes themselves have been estimated to have masses that are around 400,000 times the size of the sun.

The study identified over a hundred dwarf galaxies from the NASA-Sloan Atlas - a galaxy catalogue.

Reine and his colleagues then narrowed the list down to the 13 dwarf galaxies they believed offered the strongest evidence for hosting massive black holes actively consuming the material around them.

In about half of these, the black hole was not at the centre, with many significantly off-from-centre.

This positioning is highly unusual in larger galaxies like the Milky Way but more common in dwarf galaxies.

In fact, according to the study's authors, as many as half of massive black holes in dwarf galaxies are considered "wandering" and are located on the outskirts of the galaxy, suggesting that the galaxies had once merged with another, knocking the black hole off-centre.

"We hope that studying them and their galaxies will give us insights into how similar black holes in the early Universe formed and then grew, through galactic mergers over billions of years, producing the supermassive black holes we see in larger galaxies today, with masses of many millions or billions of times that of the sun," said Reines.