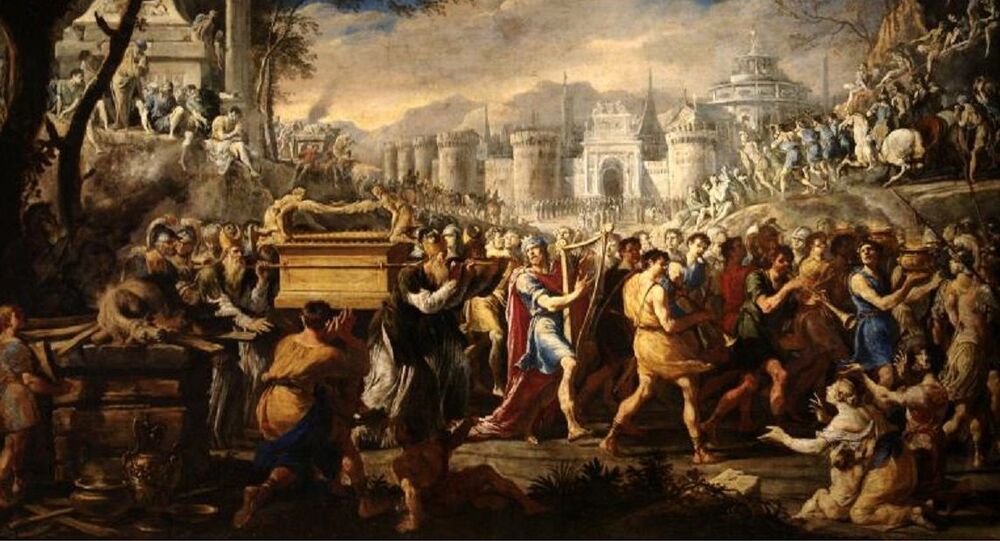 Mystery of Location of Ark of the Covenant Deepens: Could Holy Artifact Be Hidden in Jerusalem?

The sacred gold-covered wooden chest believed to contain the two stone tablets on which Moses inscribed the Ten Commandments, which disappeared from Jerusalem over two thousand years ago, has long become the stuff of legends, with historians and archeologists engaging an intense debate regarding its whereabouts.

The long-lost Ark of the Covenant made it into the news again late last year after archeologists from Tel Aviv University uncovered a large stone table among the ruins of a temple in the town of Beit Shemesh, about 20 km west of Jerusalem, on which they believe the Ark was once stored before being transferred to Jerusalem in the 10th century BC.

It is thought that the ruins of the temple at Beit Shemesh may have been an attempt by King David of Judah to find a permanent place for the Ark. King Solomon, David’s son and successor, who ruled the United Kingdom of Israel between 970 and 931 BC, placed the Ark in a small room in the Temple on Mount Zion in Jerusalem, forbidding anyone except for men of the cloth to be in its presence. About three centuries later, the Ark disappeared, with debates about its location (and even about whether it still exists) continuing to this day. Below is a summary of the debate, compiled by Russian journalist and religious researcher Anton Skripunov:

© Wikipedia
The fall of Babylon; Cyrus the Great defeating the Chaldean
© AP Photo / Oded Balilty
An aerial view shows the Jordan River estuary of the Sea of Galilee near the community settlement of Karkom, northern Israel (File)
© REUTERS / Eliana Aponte/File Photo
An aerial view shows the Dome of the Rock (R) on the compound known to Muslims as the Noble Sanctuary and to Jews as Temple Mount, and the Western Wall (L) in Jerusalem's Old City October 10, 2006
© CC BY 2.0 / A. Davey / The North Stelae Park, Axum, Ethiopia
The North Stelae Park, Axum, Ethiopia
...
Reddit
Google+
Blogger
Pinterest
StumbleUpon
Telegram
WhatsApp
103

Has the Biblical Home of the Ark of the Covenant Been Finally Discovered?

From 'Church of Apostles' to Origin of Philistines: Top 5 Most Exciting Biblical Discoveries of 2019