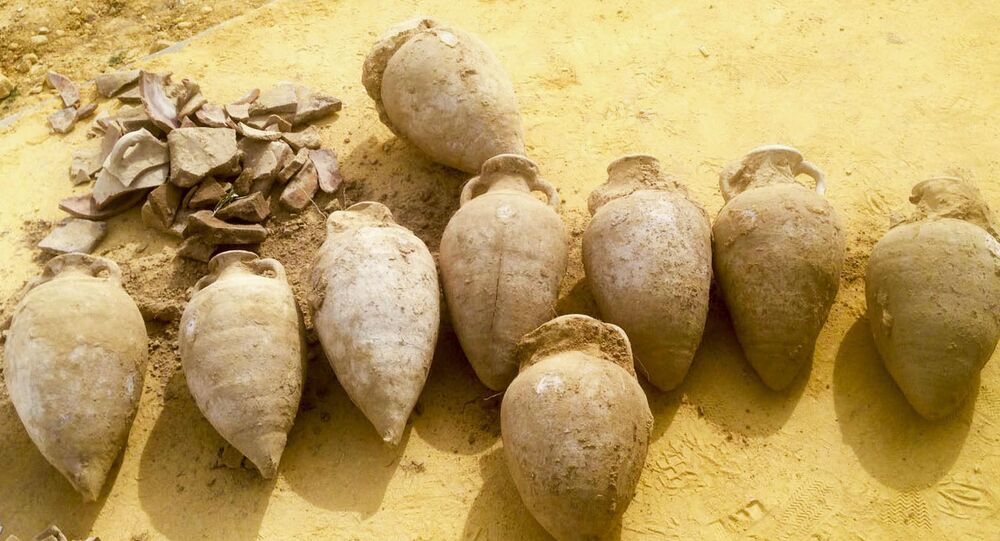 The eruption of Mount Vesuvius in 79 AD is estimated to have been one of the deadliest in human history. Molten rock and hot ash obliterated several settlements, destroying everything in the way. However, the eruption preserved unique ancient items, including garum sauce, a popular treat in ancient Rome.

A new documentary produced by the UK's Channel 5 has revealed how archaeologists discovered the 2,000-year-old “ketchup of ancient Rome” and even managed to reproduce its recipe. “Ancient Mysteries” explained that in 2014, Professor Dario Bernal-Casasola and his team were working in Italy excavating the ancient city of Pompeii when they stumbled upon a garum store containing amphorae with the delicious tomato sauce.

“Now, for the first time ever, an actual sample of garum could be analysed to find out exactly what it was made of with experimental scientist Dr Victor Pallassios", the documentary said

The analysis of the sample revealed what herbs and fish the ancient Romans used when preparing garum. Dr Victor Pallassios revealed that garum was made from the fermented insides of anchovies and the spices were characteristic of the Mediterranean – rosemary and coriander.

Researchers say garum was extremely popular in ancient Rome and was found in everyone’s house, be it a commoner’s hut or the mansion of a dignitary. “This was the ketchup of the Roman world”, said Dr Benedict Lowe from the University of North Alabama. Lowe explained that the sauce was capable of enhancing the flavour of a wide variety of dishes.

Despite its huge popularity, some scientific studies have blamed garum for infecting the Romans with fish tapeworms.