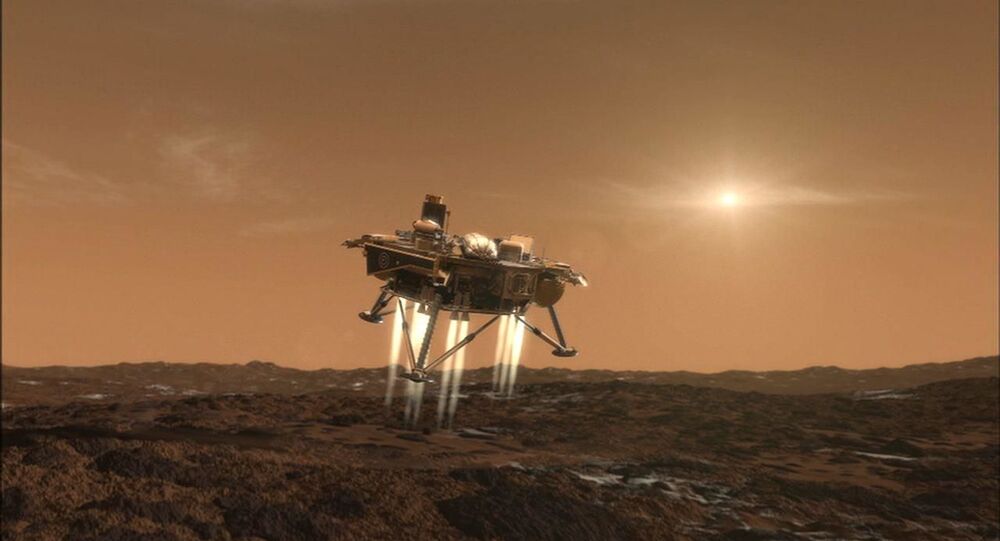 While earthquakes are common on our planet, the phenomenon seems to be an occurrence beyond Earth, with definitive signs of seismic activity having been found decades ago on both the Moon and Mars.

It has been known for decades that the moon experiences quakes and just this year, the seismic phenomenon was detected on the red planet by NASA’s InSight mission.

The lander has recently mapped about two quakes a day and researchers have managed to attribute the most massive marsquakes to a location known as Cerberus Fossae, located about 1,600 kilometres (1,000 miles) east of InSight.

Previously, there were signals indicating a fault system, and now the assumptions have been proved true by scientists, as the region has appeared to be very active.

Although the marsquakes had a magnitude of between 3 and 4 – similar events on Earth would shatter high-rising buildings and parked cars – such quakes on Mars would be significant as there are no tectonic plates on Mars.

The InSight mission is tasked with studying the nature of such marsquakes, to improve the existing models of the Martian interior.

The team hopes that in the future, the necessary measurements can be combined with close-up satellite observations, since the said quakes cause boulders to shift and produce landslides.

The findings were presented a few weeks ago at the American Geophysical Union meeting in San Francisco and were first reported on by National Geographic.

The study will be published sometime soon, after being peer-reviewed, with the paper expected to look into in greater detail the structure of the quakes and provide information beyond just their magnitude.