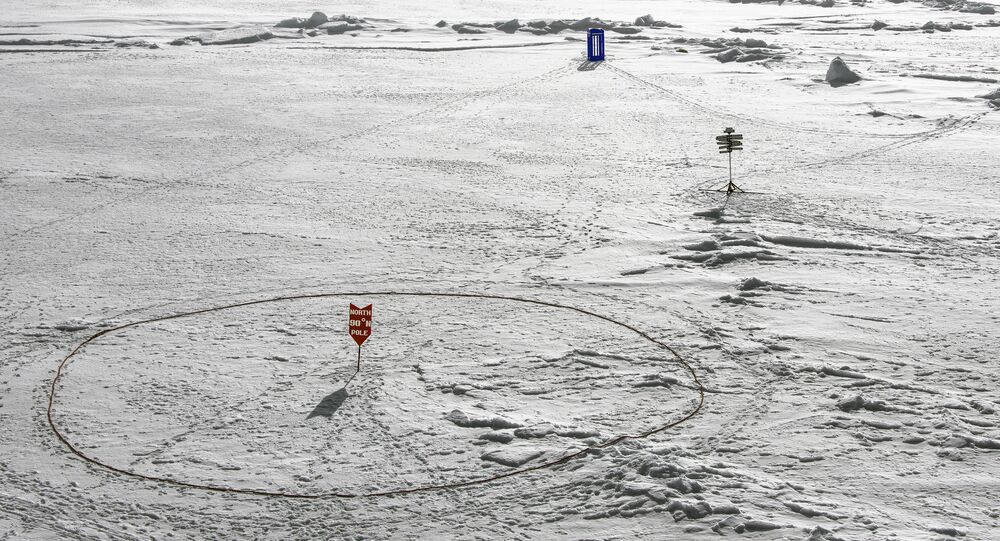 Magnetic North to Continue March Toward Russia, ‘Point East of True North by 2040’

Earlier this month, the British Geological Survey (BGS) and the US National Centers for Environmental Information released yet another update to the World Magnetic Model, forecasting that the magnetic pole will continue its push toward Siberia at a rate of about 40 km per year.

BGS geophysicist and geomagnetic specialist Dr. Ciaran Beggan predicts that compasses will start pointing eastward of the geographic, True North Pole within the next twenty years.

“By 2040, all compasses will probably point eastward of True North,” the scientist, who played a role in creating the updated World Magnetic Model, said, speaking to Business Insider.

Used by everything from smartphone compass apps to GPS and telecom transmission systems, the World Magnetic Model has seen two updates this past year, with scientists replacing the 2015 model earlier than scheduled after calculating that it was becoming so inaccurate that it could cause navigational errors.

Commenting on the latest December 2019 update to the World Magnetic Model, Beggan explained that while “Magnetic North has spent the last 350 years wandering around the same part of Canada,” starting in the 1980s, “the rate it was moving jumped from 10 kilometres per year to 50 kilometres”.

Furthermore, it was also at this time that the Magnetic North Pole started moving out of the area around the northern islands of Canada and northward toward the northernmost Arctic and beyond that, toward Russia.

In September, Magnetic North passed within 390 km of True North (i.e. the point on Earth where the lines of longitude converge in the north), and crossed the Greenwich meridian. Such positioning of the Magnetic North has never been observed since geographers began tracking Geomagnetic North in the 16th century.

Beggan confirmed that the US military played a hand in the decision by the BGS and their US counterparts in releasing an early ‘update’ to the 2015 model this past February, even though the 2015 update was supposed to last until 2020.

“We asked the US Department of Defense if they wanted an early update, and they said yes,” he recalled. The UK’s defence ministry apparently “wasn’t bothered either way,” according to the scientist.

Scientists still aren’t sure what’s causing the Magnetic North Pole’s drive toward Siberia over the past couple decades, although it’s believed to be related to the churning of liquid nickel and iron deep in the planet’s outer core, about 2,900 km below the surface, and the huge electrical currents that this creates.

This absence of certainty, and total lack of human ability to control the process means that although Geomagnetic North is predicted to continue its eastward movement, it could just as easily stop, or even reverse course sometime in the future.

© Sputnik / Alexander Liskin
A model of the earth's internal structure at the Moscow Planetarium.

Interestingly, Beggan noted, compared to its northern counterpart, the South Magnetic Pole has remained comparatively docile, hanging around in an area south of Australia for over 100 years now.

Earth’s South Magnetic Pole is on the move, currently tracking towards Australia (ish) at 15km each year and already out of the Antarctic icesheet. These points are measured locations of over the last few hundred years! Thanks @noaa for the map https://t.co/N8EiKTWsUQ pic.twitter.com/RUCIcrb5sX