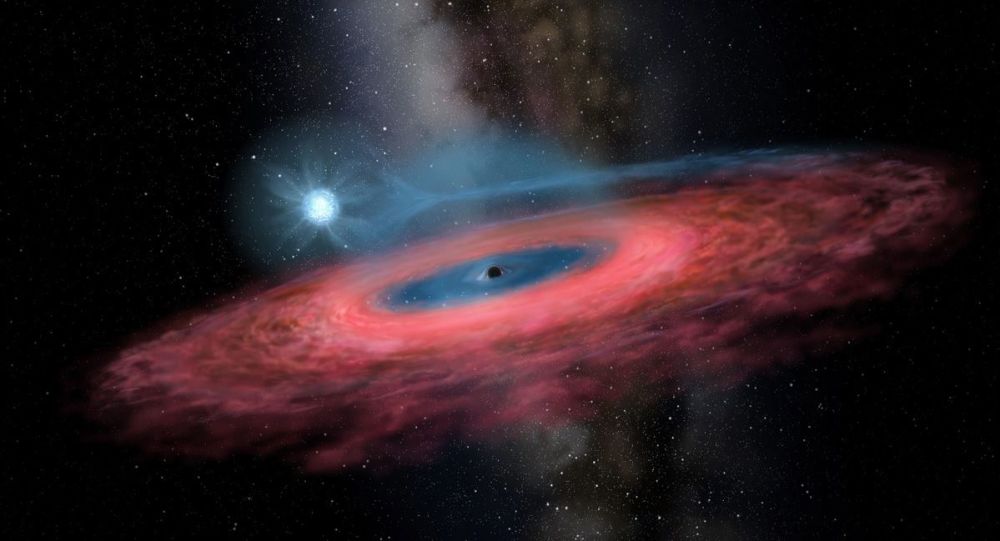 When massive stars run out of fuel and are unable to support their own weight, their husks collapse inwards, compressing their mass into an infinitely small region of space, thus giving birth to what is called a “black hole”.

Black holes that suck in and swallow wandering celestial bodies grow increasingly hungrier in the process while becoming “more deadly”, a physicist is quoted as saying by the Express.

Alvaro Diez, who is getting his master's degree in particle physics at Warsaw University, Poland, says black holes grow in mass and strength when they feed on stars and stray planets, explaining that when a celestial object falls into the black hole they become one, making the black hole heavier.

“The final result is not exactly the sum all both masses before the collision because of losses due to radiation, friction and energy emissions, but it is still noticeable in most cases", says Diez.

However, according to the expert, the “strength” of a black hole depends only on its mass, so each time it swallows another object it becomes “bigger, stronger, more deadly".

When a planet or a star is swooped up by the vortex of the black hole, the collision releases a tremendous amount of energy, some of which, between 3 to 42 percent, will be dispersed back into space as a bright flash of light known as tidal disruptions.

The force of these flashes of light depends on the size of the object consumed.

When a black hole feeds, its so-called event horizon or the Schwarzschild radius expands, defining the physical borders of its size.

Astronomers are able to calculate the size of a black hole – not visible to the naked eye - based on their mass. Describing this process, the black hole expert said:

“To calculate the parameters after the collision I simply used the best approximations we have for how much of the object's mass is lost as energy during the process and simply added the remaining mass to the original black hole".

“From that new mass, you use Schwarzschild's equations again to get the new radius – event horizon. To calculate the energy released is very simple since you know how much mass was lost and using Einstein's famous E=mc² you can convert that into energy".

Diez is the author of the Black Hole Collision Calculator for the Omni Calculator project - an online tool helping to calculate the amount of energy released by celestial bodies falling into black holes. The black hole expert also created the Exoplanet Discovery Calculator as a tribute to this year’s winners of the Nobel Prize in physics.

The 2019 prize was awarded to Michel Mayor and Didier Queloz's exoplanet discovery.

The Exoplanet Discovery Calculator was presented as a tool that uses the same calculations - three different exoplanet detection methods – that researchers use to discover new exoplanets.