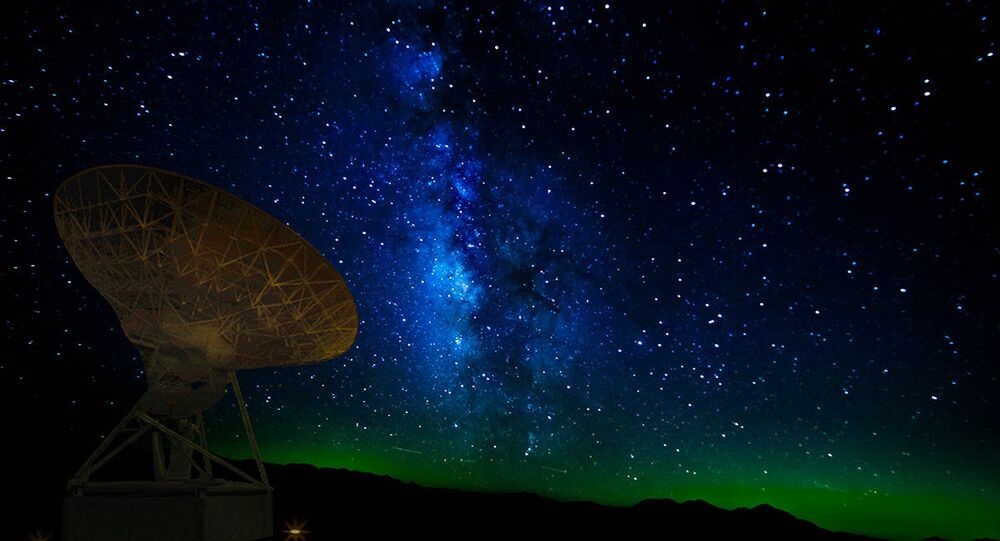 Earlier this month, the United Nations Office for Outer Space Affairs calculated that private satellite companies like SpaceX, Amazon, Telsat, and OneWeb could launch up to 46,100 satellites in the next several years, which would be five times the number of objects sent to space since the dawning of the space age in 1957.

Private companies should stop cluttering up the night sky with their internet satellites. That’s the message Dr. David Clements, an astrophysicist at Imperial College London, has for Elon Musk and other satellite internet companies.

“The night sky is a commons –and what we have here is a tragedy of the commons,” Clements explained, speaking to BBC News.

According to the scientist, ambitious plans by Musk and others to create massive satellite networks in space which would allow them to beam high-speed internet down to people back on Earth could seriously impact any Earth-based studies of space.

“They present a foreground between what we’re observing from the Earth and the rest of the Universe. So they get in the way of everything,” he said. “And you’ll miss whatever is behind them, whether that’s a nearby potentially hazardous asteroid or the most distant Quasar in the Universe,” he added.

Clements warned that the droves of internet satellites could be particularly harmful to Earth-based astronomy using telescopes like the Large Synoptic Survey Telescope in Chile, which, when completed, will allow astronomers to get a broad snapshot of a particular quadrant of space at a particular time. If Musk and company get their way, these snapshots would be filled with dozens if not hundreds of foreground satellites ruining observations.

Dhara Patel, an astronomer at the Royal Observatory Greenwich, concurred with her colleague about the dangers of these satellites, explaining that even though they are only “about the size of a table…they’re very reflective, and their panels reflect lots of the Sun’s light, which means that we can see them in images that we take with telescopes.”

“These satellites are also big radiowave users…and that means they can interfere with the signals that astronomers [are] using. So it also affects radio astronomy as well,” Patel added, referring to the subfield of astronomy which studies celestial objects at radio frequencies. In popular fiction, it has been this field of astronomy that has become best associated with the search for extraterrestrial life.

With large investments and economies of scale drastically reducing the cost of launching satellites into space in recent years, companies like by SpaceX and its Starlink internet satellite ‘mega-constellation’ are set to put thousands upon thousands of satellites into orbit to theoretically enable an internet connection to be obtained in any corner of the globe. Musk wants as many as 42,000 of his Starlink satellites in space, with detractors warning that the network could be used by the US military-industrial complex, owing to Musk’s close ties to the Pentagon and NASA.

Satellite Photos of Secret US Air Base Captured 12 Mystery Vehicles

'To Infinity and Beyond!' Ethiopia Launches Its First Satellite Into Space With China's Aid