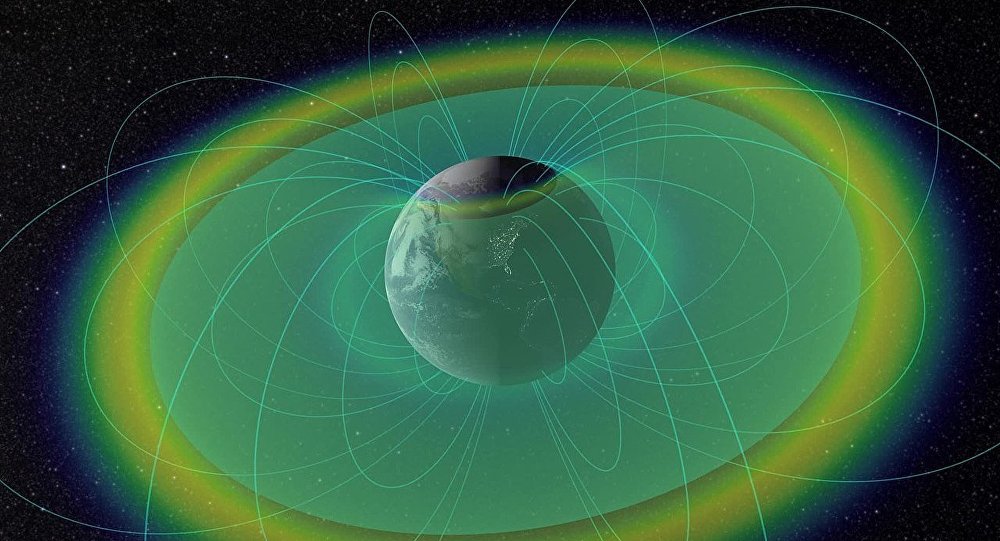 The powerful solar radiation that’s constantly bombarding planets in our solar system which do not enjoy a protective magnetosphere similar to Earth’s remains one of the major risks thwarting humanity’s efforts to establish colonies on the Moon or Mars.

Russian engineers have developed a protective system which they hope will be able to defend cosmonauts from deadly gamma radiation during their flights to the Moon aboard the Oryol (‘Eagle’) spacecraft, Vyacheslav Shurshakov, the head of the manned space flight radiation safety department at the Russian Academy of Sciences’ Institute of Biomedical Problems, has revealed.

“For the Oryol, we have come up with a local defence system which will protect a certain part of the cosmonauts’ bodies…The Oryol will fly outside of Earth’s magnetosphere, where the impact of cosmic rays is stronger, meaning cosmonauts will need to protect their most vital organ – the brain,” Shurshakov said in an interview.

For this reason, he said, scientists have proposed the creation of a special cap or hat which cosmonauts can wear on their heads to shield them from solar flares.

According to the scientist, a recent ground-based experiment involving Russia’s Orlan (‘Sea Eagle’) spacesuit showed that its most vulnerable point during excursions into open space is its gloves, followed by the helmet and arm sleeves. Now, scientists from Russia and Germany are proposing an experiment on an Orlan spacesuit which has reached the end of its service life in which the spacesuit would be packed with measuring equipment and placed outside the International Space Station to take long-term measurements on its resistance to radiation.

Shurshakov also revealed that scientists from the Institute of Biomedical Problems have come up with a solution to radically improve radiation protection in the living quarters on board the Russian module of the ISS. The ingenious on-the-fly solution features a protective curtain filled with wet wipes.

“The napkins are saturated to 70-80 percent water, and protect well against radiation. They are used by cosmonauts for hygiene, but since there is a huge supply of them aboard the ISS, we took advantage of this,” he said. According to the official, installing this ‘wet wipe curtain’ reduced radiation doses in one of the Russian module’s cabins by as much as 30-40 percent.

“We wanted to create another curtain for another cabin in the Zvezda module, but there are problems with military commissioning procedures and financing. Therefore, we have decided to improve the already-existing curtain, using plastic plates instead of wet wipes, which can protect against radiation even better,” Shurshakov explained.

Decades of Experience in Radiation Experiments

The Russian space programme has been engaged in efforts to improve radiation protection for many decades. The Russian segment of the ISS has experimented in this area for well over a decade using the Matryoshka mannequin, which features a tissue-equivalent material meant to mimic the properties of the human body. As early as the late 1950s, Soviet spacecraft sent to the Moon were tasked with measuring radiation levels both during the flight and in ground-based studies on the lunar surface. These experiments continued into the 70s and 80s closer to home, with the Salyut and Mir space stations. The laatter as a precursor to the modern-day ISS.

The Oryol project is a partially reusable crewed spacecraft that’s currently in development. Roscosmos chief Dmitry Rogozin has indicated that flight testing of the Oryol should be completed by 2028. The system’s first test flight is presently scheduled for 2023. If all goes according to plan, Russian cosmonauts will land on the Moon by 2030.