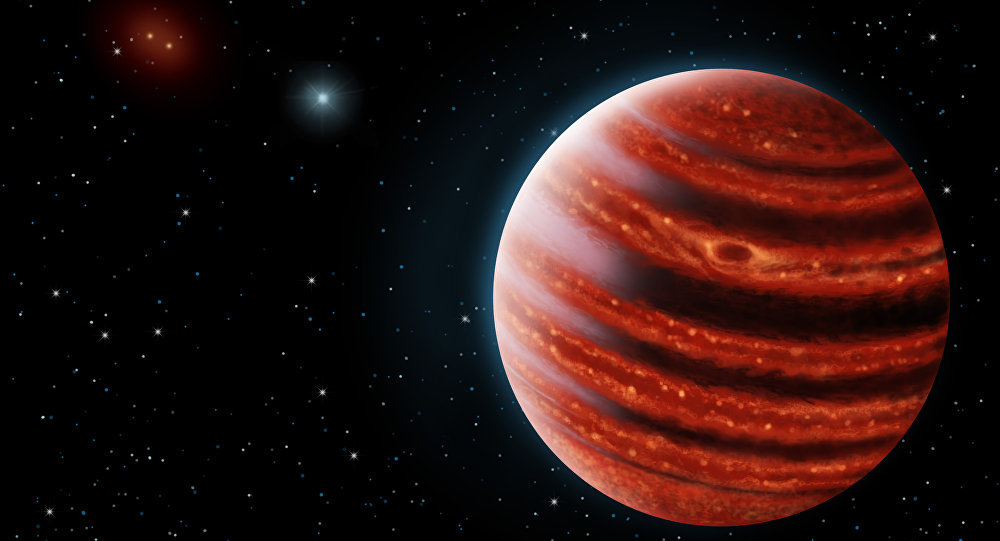 Using data from the Hubble Space Telescope, researchers found three planets in the Kepler 51 star system that are almost as big as Jupiter, but have extremely low density – almost like cotton candy.

The density was found to be less than 100 times the gas giant’s mass or less than 0.1 grams per cubic centimetre of volume, the scientists said in a statement.

“They’re very bizarre,” said the study’s lead author, Jessica Libby-Roberts, in a statement. Fewer than 15 exoplanets of this type have been recorded in the galaxy so far.

“This is an extreme example of what’s so cool about exoplanets in general,” said Zachory Berta-Thompson, one of the study’s co-authors. “They give us an opportunity to study worlds that are very different than ours, but they also place the planets in our own solar system into a larger context.”

The three “super-puff” exoplanets in the Kepler 51 system were “straight-up contrary to what we teach in undergraduate classrooms,” Berta-Thompson added.

The researchers also attempted to look at the planets’ atmospheres, but ran into issues, as the atmospheres were opaque rather than transparent.

“It definitely sent us scrambling to come up with what could be going on here,” Libby-Roberts continued. “We expected to find water, but we couldn’t observe the signatures of any molecule.”

The team theorized that the exoplanets are mostly comprised of hydrogen and helium, using computer simulations. It’s also probable that it is covered by a “thick haze made up of methane,” which makes them reminiscent of Saturn’s moon, Titan. In June, NASA unveiled a mission that will explore Titan, which could potentially host extraterrestrial life.

The researchers at the Department of Astrophysical and Planetary Sciences (APS) at the University of Colorado also discovered that the exoplanets are losing gas rapidly, with the innermost of the three exoplanets putting an estimated “tens of billions of tons of material into space every second.” Such losses could lead to a considerable shrinking of the planets over the next billion years and they might wind up looking similar to “mini-Neptune” exoplanets.

“People have been really struggling to find out why this system looks so different than every other system,” Libby-Roberts said. “We’re trying to show that, actually, it does look like some of these other systems.”

“A good bit of their weirdness is coming from the fact that we’re seeing them at a time in their development where we’ve rarely gotten the chance to observe planets,” Berta-Thompson explained.