The monuments created thousands of years ago in what is now known as the Outer Hebrides have stunned researchers and history fans for decades. Traces of a massive lightning strike or smaller ones might give scientists a clue as to the origins of this enigmatic creation.

A team of researchers from the University of St Andrews and the University of Bradford has stumbled upon the evidence of a massive magnetic anomaly near one of the Outer Hebrides’ main stone circles, known as the Tursachan Chalanais, located on the Isle of Lewis.

Studying the nearby satellite sites in the search for lost circles concealed in the peat, they noted the abnormality near Site XI, or Airigh na Beinne Bige, with a lone-standing stone facing the main site. They suggested that this is the result of a massive lighting strike or many smaller strikes, as the outlet Phys.org reports.

"Such clear evidence for lightning strikes is extremely rare in the UK and the association with this stone circle is unlikely to be coincidental. Whether the lightning at Site XI focused on a tree or rock which is no longer there, or the monument itself attracted strikes, is uncertain,” project leader Dr. Richard Bates from the University of St Andrews told the outlet.

According to the researcher, this “evidence suggests that the forces of nature could have been intimately linked with everyday life and beliefs of the early farming communities on the island."

According to his colleague, such discoveries are very rare.

"Evidence for such strikes within archaeological surveys is very rare and our work at Site XI demonstrates that without detailed scientific survey we would never be able to identify such events," Dr. Chris Gaffney from the University of Bradford said. 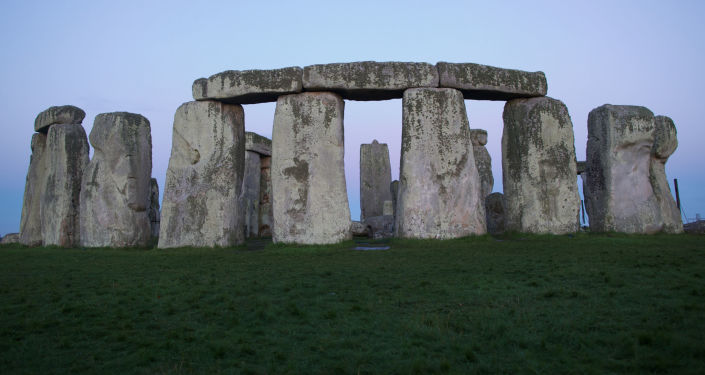 © CC BY-SA 2.0 / Andrew Cowie
Stonehenge True Origins Discovered, Debunking Old Research - Report
In their hunt for the lost monuments, the researchers managed to virtually recreate the stone circles at the University of St Andrews School of Computer Science and see what this area looked like 4,000 years ago.

"For the first time in over 4,000 years the stones can now be seen and 'virtually' walked around. Everyone will be able to visit this remote site and get a real sense of what it was like just after it had been constructed,” Richard Bates said.

The team's work will not end there as they are planning to return to the island in 2020 to conduct further research on land as well as in the waters that are now concealing the old landscape as a result of the rise in sea levels.